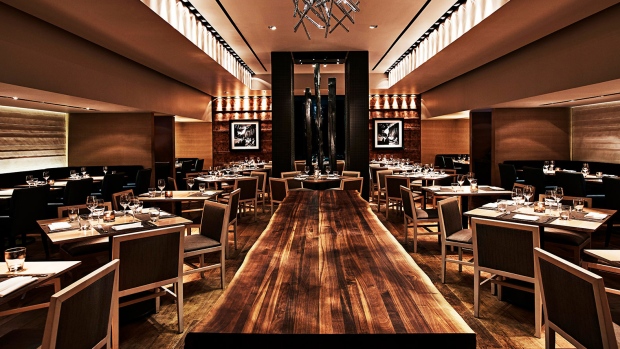 One of Toronto’s most prominent restaurant owners is calling a recently announced initiative by the city to get people back into eateries half-baked.

The celebrity chef, who owns several high-end restaurants across the city, made the comments a day after the city announced its DineTOgether program in an effort to get people back to eating out.

The program will see restaurants offer a two-course menu, including a main dish and either an appetizer or dessert at prices ranging from $15 to $50 in increments in $5.

The initiative is being billed as a revitalized version of the Winterlicious or Summerlicious programs, which saw Toronto restaurants in years past offering a prix-fixe menu to entice would-be diners.

However, McEwan said those programs, and its newest iteration, make it “very hard” for restaurants to turn a profit.

“It is problematic,” he said. “There’s a very high expectation from the client standpoint because you’re generally seeing people you don’t normally see and they’re not necessarily repeat business for you.”

And although participation in the program is free and voluntary, McEwan argued that there is a pressure in the restaurant community to join in.

To that end, McEwan said that his restaurants -- that are currently open and fully booked -- will not be participating in DineTOgether in a “formal sense,” while he offered suggestions to the city on how better to support an industry that has been disproportionately impacted by the COVID-19 pandemic and resulting closures.

“I think restaurants in general could use support in terms of tax reduction, utility reduction and cost, I think direct payments to restaurants would be more supportive than this,” he said.

In response to the criticism, Mayor John Tory said the program was not designed in isolation but was announced “because the industry wants it to happen.”

“It’s not necessarily the Mark McEwan’s of the world that want this, it’s for some of the smaller restaurants that aren’t fully booked,” Tory said speaking to Moore in the Morning.

“It costs us almost nothing. It’s sponsored by American Express, the restaurants participate in it willingly. There’s a small administrative cost involved, so when Mark says it would be better to give the money back in tax decreases, we’d be able to give people 50 cents each because it just isn’t an expensive proposition,” he said.

Meanwhile, McEwan’s contemporary Susur Lee said that his signature restaurant would be taking part in the program while he applauded the city-led initiative.

“Our industry is all about sharing to take care of people. It’s a very good time to make sure that the neighbourhood, the community is coming out and is also supporting each other,” Lee said speaking to CP24 Wednesday.

“Everybody should support any kind of event, you know, just to get everybody going and to think about going out is also part of mental health in this stage.”

Both indoor and outdoor dining at restaurants in Toronto had been off limits for months as the city grappled with the COVID-19 pandemic.

Outdoor dining in Toronto only resumed on June 11, followed by the resumption of indoor dining on July 16.

Applications to the DineTOgether program open on August 4 and close on August 31. The program will run from September 17 to October 3.