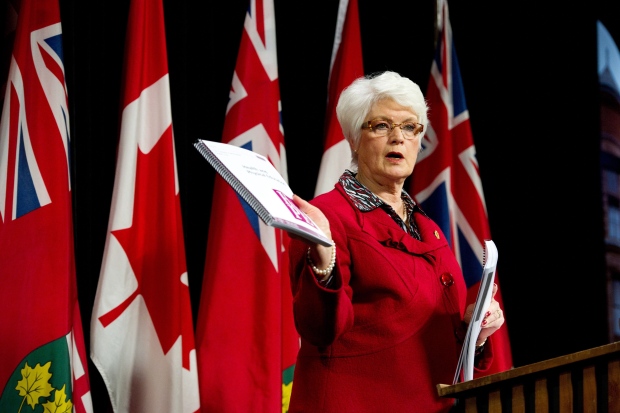 TORONTO -- With racy images and explicit content easily accessible online, it's pivotal for parents to ensure kids are educated about sex and sexuality, experts say.

"I think 50 years ago it was a lot easier for parents to hide the fact that their kids needed to learn about sex and sexuality because we didn't face it in quite the same way. It was much more covert, and a lot of the messages were much more implicit," said Vancouver-based sex educator Marnie Goldenberg, who is behind the blog Sexplainer, aimed at helping parents raise sexually intelligent kids.

"Today, we live in a time when sexual messages are explicit and they reach our kids very early, whether it's posters, advertisements, bus shelter ads for movies or sexting or the Internet, generally. Our kids have access and will see sexualized messages earlier than even when I was a kid, so parents can't hide from it in quite the same way."

Goldenberg said she helped the parent realize the incident wouldn't cause long-term damage. It also gave her the chance to help put what her daughter saw in context in understanding why the images were inappropriate for her.

In a survey of 5,400 students in Grades 4-11 for its series "Young Canadians in a Wired World," MediaSmarts found only one in 10 sought information about sexuality online, said Matthew Johnson, the organization's director of education.

"There's going to be things kids don't necessarily want to ask their parents or ask their teachers, so it's good to have those skills to be able to find and recognize good information online," Johnson said.

"But as with anything, we can't expect that kids are going to teach themselves; and so parents do have to prepare their kids for being exposed to sexual content when they go online."

Goldenberg said by the time kids are "sitting up in the bath by themselves" parents can teach their kids proper names for genitalia. Educating kids about consent is laying a foundation about "autonomy and agency for their bodies," she added.

"If you don't want to hug you can give someone a high-five or you can wave and make eye contact," Goldenberg said. "There's lots of ways that we can show respect to other people without forcing people to touch or be touched in ways that are not comfortable for them."

Educating kids that they have some control will be beneficial as they age and become more attentive to sexual cues in their preteen and teen years, she noted.

"It's all part of building that foundation for self-respect for feeling entitled to ask what you want, for saying 'no' to what you don't want in really definitive ways."

Johnson said as kids get older they're more likely to encounter inappropriate content online. He said it's important for parents to start talking to youngsters and to encourage them to speak out if they stumble across material that makes them feel uncomfortable.

"When young people have an idea of what healthy sexuality is, they're less likely to get bad messages, to get unhealthy messages from media, whether it is openly sexual content or whether it's just sexualized media.

"That's why we really recommend steering kids towards good reliable information and equipping them with the skills they need to find good information about sexual health."