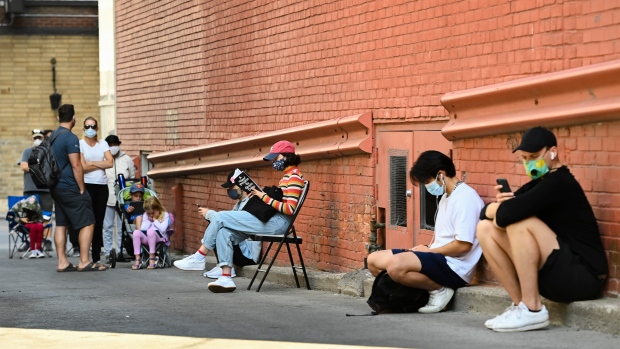 People sit in an alleyway for hours at a COVID assessment centre at St. Michael's Hospital during the COVID-19 pandemic in Toronto on Monday, September 28, 2020. THE CANADIAN PRESS/Nathan Denette

Provincial labs are now technically able to process as much as 50,000 COVID-19 test samples per day; it’s just a question of getting the samples to where they need to be in a timely fashion, Ontario officials said Friday.

If the network cannot physically transport enough samples between assessment centres and labs, or collect that many at assessment centres, pharmacies and during “pop-up” mobile testing events, lab capacity is meaningless.

“All of these elements – specimen collection, transportation of samples and test capacity – all have to be brought online all at once,” he said. 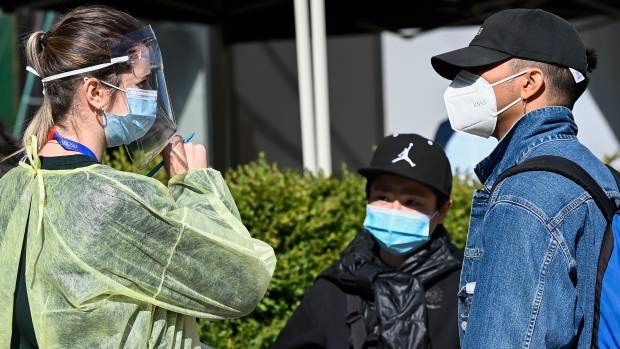 In early-to-mid September, when demand for tests ballooned as children returned to school, the backlog of unprocessed tests hit 90,000 at one point.

This prompted the Ford government to pledge to increase testing capacity to 50,000 samples per day, from the average of about 35,000 to 40,000 it could turn around at the time.

They also narrowed the testing guidance to only close contacts of previously identified cases and symptomatic people and made assessment centres appointment-only rather than walk-in, directing all others to seek testing at pharmacies.

The Federal Safe Restart Agreement signed between Ontario and the Trudeau government called for as much as 78,000 tests to be processed per day.

But Anderson said increasing capacity is still a challenge, as “almost every jurisdiction trying to get capacity up,” by fighting and outbidding each other for the components of the nasal PCR test – long cotton swabs and chemical reagent. 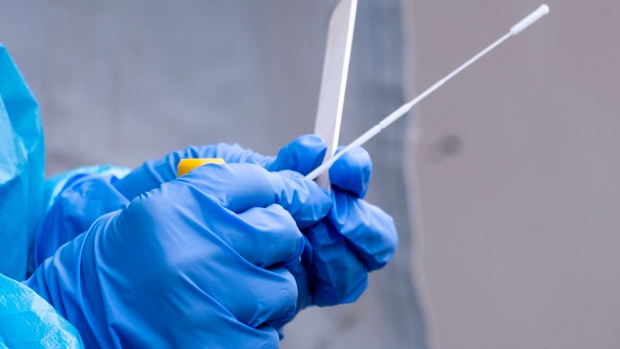 Testing rates have improved in recent days, with Public Health Ontario’s head of microbiology, Dr. Vanessa Allen, saying that nearly 80 per cent of all test results reach subjects within 48 hours.

But Anderson said that an undisclosed amount of out-of-province, and in the case of pharmacy testing, out-of-country lab capacity is helping them increase output.

He said Ontario will continue to rely on some out-of-province testing help until turnaround times improve even further.