Provincial proposal would allow developers to hire own building inspectors 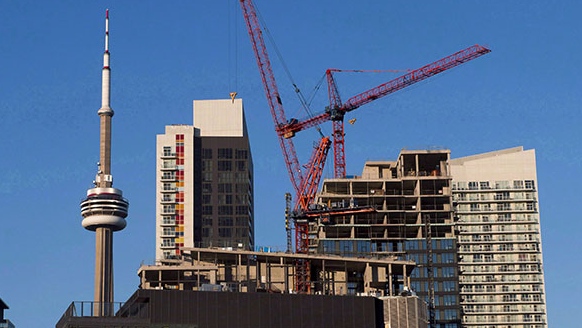 City staff are raising concerns about a provincial proposal that could allow developers to hire their own independent building inspectors.

In September, the Ministry of Municipal Affairs and Housing released a discussion paper that included a myriad of amendments that could be made to the building code to improve and expedite services.

One of the ideas involves the creation of a “Certified Professionals Program,” wherein architects and engineers would be able to undergo additional training to perform some of the work currently done by city building inspectors.

The ministry said that doing so would ultimately “streamline the permit approval process” while still ensuring “code compliance.”

Toronto’s chief building official, however, is raising concerns about “potential conflicts of interest,” among other issues.

In a report that will be considered by the city’s planning and housing committee on Wednesday, Will Johnston wrote that he can’t support a program “whereby builders would be allowed through legislation to hire designers to assume the plan review and inspection roles and responsibilities on behalf of municipalities.”

“In the City of Toronto, the public relies on the expertise of our qualified staff for an independent and objective review of construction,” he wrote. “This regulatory oversight by our building inspectors provides the public with assurance that the buildings where they live, work and visit meet all fire and life standard requirements while achieving other code objectives such as environmental protections and accessibility.”

Program is based on similar model in BC

In its discussion paper the ministry said that the “lengthy approval processes” faced by some developers often “delays the construction of buildings, costing them significant time and money.”

It said that the idea of a certified professionals program is based on a similar model in place in Vancouver and Surrey and is in response to calls from some stakeholders "to consider leveraging professional expertise to support building code enforcement."

“Certified professionals could help to promote building innovation(s) and the streamlining of permit approval processes, which, in turn, may reduce permit delays and help protect public health and safety,” the paper notes.

In his report responding to the idea, Johnston pointed out that while certified professionals would have “legal and ethical obligations under their professional act,” there would still be the potential for conflicts of interest, given that they would be hired by the developers.

He goes on to say that rather than handing over the responsibilities currently held by city building inspectors, the province should look at expanding the “the roles and responsibilities of registered professional engineers and architects in Ontario” and “strengthening” the ability of municipalities to rely on them.