Public health restructuring should be negotiated, not forced, report states 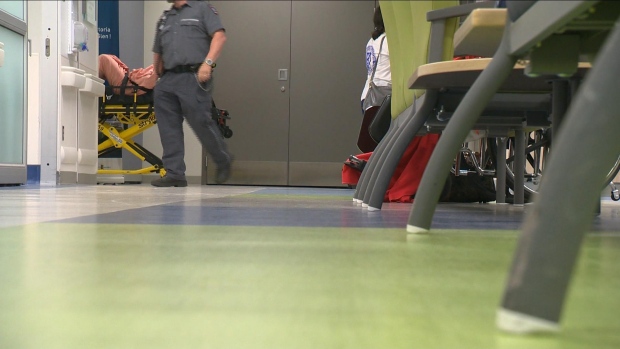 TORONTO - Any merger of health units must be negotiated and not forced, public health officials in Peterborough, Ont., said Tuesday as they urged Premier Doug Ford's government to let communities drive service amalgamations.

The recommendation is one of a series included in a discussion paper released Tuesday by the city's board of health at a rural municipalities' conference in Toronto.

The board chairman of Peterborough Public Health said the agency wrote the report as the province conducts consultations on its plan to reduce the number of provincial health units from 34.

Premier Doug Ford's government announced in the 2019 budget that it planned to begin a sweeping merger of public health units by 2020-2021, saying at the time it would strengthen the system.

The government said it had conducted a review of the province's public health units and believed their structure did not allow for consistent service delivery.

The consolidation would mean that health units would serve larger geographic regions, which include communities with different needs.

But Health Minister Christine Elliott appointed special adviser Jim Pine last fall to conduct consultations with municipalities who had warned that the amalgamation, coupled with changes to public health cost-sharing with the province, could jeopardize services and result in frontline staff layoffs.

A spokeswoman for Elliott said Tuesday that consultations continue but the government intends to move forward with its plan to “amalgamate certain units”.

“This work will be directly informed by feedback from Mr. Pine's consultations and, as such, it is too early to say how many units the province will establish or when amalgamation will start,” Hayley Chazan said in a statement.

Dr. Rosana Salvaterra, Peterborough's medical officer of health, said the local health board is encouraging the minister to build on established strengths of many public health units, including those in rural Ontario.

“Amalgamations of boards, particularly into regional, rather than local structures, threatens both the accountability and the responsiveness of public health governance,” she said.

The report does not oppose merging health units, but said that based on studies, the agencies should not serve populations greater than 500,000. Any new model must also take into account rural communities' ability to pay, it adds.

“Funding should be predictable and consider factors such as equity, population demographics and density, rural/urban mix,” the report said, adding it should also “increase to meet new demands.”

Dr. Joyce Lock, the chief medical officer for Southwestern Public Health, said that agency was created in May 2018 as a result of a voluntary merger between two health units near London, Ont.

The former Elgin-St. Thomas Public Health Unit and Oxford County Public Health Unit separately served 205,000 rural and small city residents. The agencies joined together to ensure they could continue to provide programing after multi-year funding increases below the rate of inflation, she said.

“Without longer-term efficiencies we would need to shutter some programs,” she said. “Our amalgamation has allowed us to pool our resources, become a stronger voice for rural public health and blend the best of our skills, talent, and knowledge.”

Lock said their merger will save money over the long-term, but urged the province to take a “thoughtfully planned, strategic, and well-funded” view of the process.