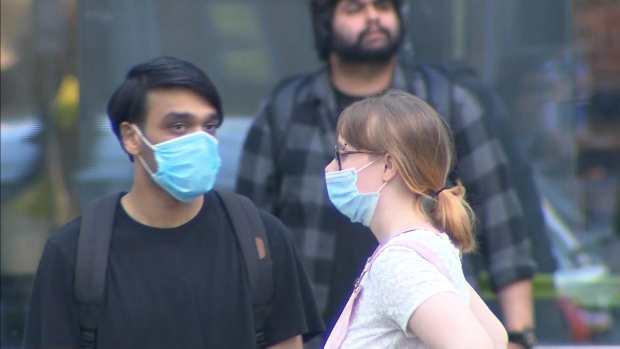 Quebecers who flout rules requiring face coverings in indoor public spaces will be subject to a fine beginning on Saturday.

Premier Francois Legault says the vast majority of Quebecers have followed COVID-19 public health guidelines for the past six months.

But Legault told a news conference in Quebec City today some aren't following the rules and are putting the province's elderly and its health network at risk.

Legault says police will begin handing out fines to those not following the rules on public transit and in indoor public spaces where masks are mandatory.

The premier says the tightening of the rules will focus on so-called yellow zones -- currently four regions outside of Montreal that have recently seen an increase in COVID cases.