Questions Canadians have been googling about the candidates (and some answers) 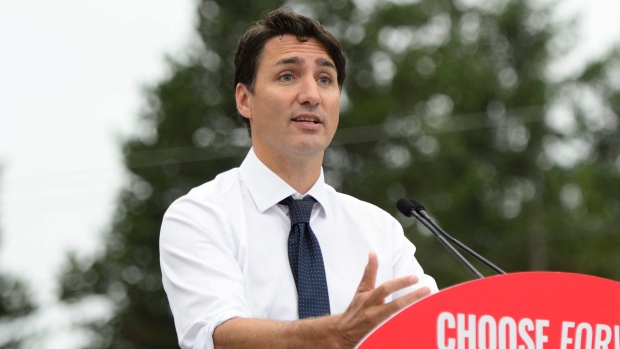 New data from Google shows that Canadians are looking to find out more about the federal party leaders as we head toward an election next month.

On Thursday the search giant released a list of the some of the top-searched questions from Canadians about the political leaders and their parties over the past week.

Justin Trudeau was the leader who was most Googled by Canadians. According to the company, people are most curious about his age.

"How old is Justin Trudeau" was the top searched question about Trudeau, who is 47 years old.

People also wanted to know when he became Prime Minister (2015); which party he represents (The Liberal Party of Canada) and whether he will win the election (TBD).

People were also curious about Conservative Leader Andrew Scheer's age (40); where he's from (He was raised in Ottawa and now lives in Regina); how tall he is (6-foot-3 according to a Google search) and what his plan is (stay tuned to our election site for details as they're unveiled).

The top searches about NDP Leader Jagmeet Singh included questions about his age and that of his wife (He is 40 and she is 29, according to some web sleuthing). People were also curious about where Singh was born (Scarborough).

People also wanted to know how old Green Party Leader Elizabeth May is (65); whether she is married (yes, to John Kidder, who helped found the B.C. Green Party); where she was born (Hartford, Connecticut) and where she is from (her family home is on Cape Breton Island, Nova Scotia, but her current permanent residence is Sidney, B.C.).

People were also curious about People's Party of Canada Leader Maxime Bernier. People wanted to know who he is (a former Conservative Party member and cabinet minister who came a close second to Andrew Scheer in the party's leadership contest and subsequently broke away to form his own party); whether he will be included in the debates (As of right now, no, though he may possibly be included in the English and French debates in October); and what he said to teen climate activist Greta Thunberg (he called her "mentally unstable" in a series of tweets days after she revealed that she has Asperger's syndrome and accused her of spreading "panic" and "fear." He later walked back some of those remarks, saying he didn't mean to attack her personally, but believes that she is a "pawn.").

In terms of issues, the top ten searches over the past seven days were as follows:

A supporter has a photo taken with Conservative leader Andrew Scheer at a campaign rally in Trois-Rivieres, Que. on Wednesday, September 11, 2019. THE CANADIAN PRESS/Paul Chiasson

Green Party leader Elizabeth May announces the official launch of the Green Party of Canada election campaign as she's joined by green candidates during a press conference at the Delta Hotels Victoria Ocean Pointe Resort in Victoria, B.C., on Wednesday, September 11, 2019. THE CANADIAN PRESS/Chad Hipolito