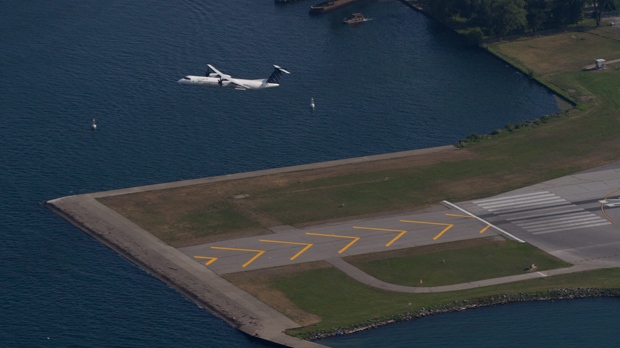 A pair of commercial passenger flights had to hold over Lake Ontario for a few minutes on Friday morning after a drone was spotted flying near the airport “in a reckless manner.”

Transport Canada says that at 8:28 a.m. Friday, the drone was spotted flying in and around the approaches of Billy Bishop Toronto City Airport.

“Preliminary evidence suggests that this drone was operated in a reckless manner,” Transport Canada officials said in a news release Friday.

A Porter passenger flight and an Air Canada flight, both originating from Montreal, were forced to circle over Lake Ontario until the drone was observed leaving the area a few minutes later.

The size and model of the drone are not yet known.

On Nov. 14, A Porter Airlines plane had to engage in a steep dive over Lake Ontario in order to dodge an unknown flying object. Two flight attendants on the plane suffered minor injuries as a result.

TSB officials told CTV News Toronto a week later that the description of the object did not match any known commercial or consumer drones currently on the market.

In Canada, drones are prohibited from flying higher than 90 metres above the ground, without first obtaining a special permit from Transport Canada.

Those convicted of entering restricted airspace such as that of an airport can face fines of up to $25,000 or prison time.