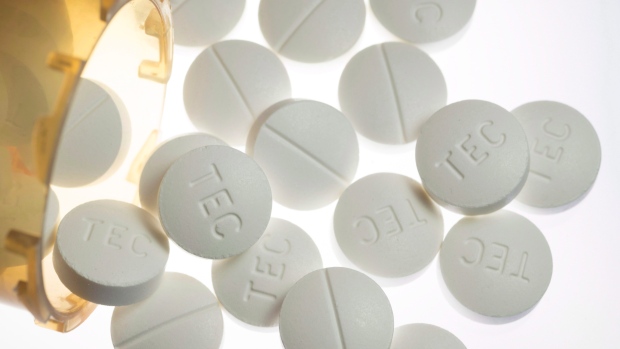 At least 34 people died in the city in December 2020 as a result of a suspected opioid overdose—a new record according to Toronto Public Health (TPH).

In a news release issued Friday, officials said that the new statistic “represents the worst loss of lives to the opioid crisis recorded in a single month since TPH began monitoring this data in 2017.”

"This tragic record further proves what we already know: that the COVID-19 pandemic has exacerbated the already deadly overdose crisis in Toronto,” Councillor and Chair of Toronto’s Board of Health Joe Cressy said in a statement.

“In a single month, we have lost 34 friends, community members, and loved ones to the public health emergency that is the opioid epidemic, making it clearer than ever that additional actions must be taken to provide the supports that people who use drugs need, and to save lives in our city."

The data represents overdoses attended by Toronto Paramedic Services and therefore “does not capture all deaths due to opioid poisoning,” the city said.

According to early data from the Office of the Chief Coroner for Ontario, confirmed drug-related deaths in Toronto, including deaths related to opioids, increased by 67 per cent in 2020 compared to 2021.

In Toronto, local officials say Toronto paramedics responded to about 90 per cent more fatal suspected overdose calls in 2020 than in the previous year.

“The combination of an increasingly toxic drug supply, reductions of services and supports due to pandemic restrictions, and isolation and mental health challenges have resulted in tragic outcomes,” Cressy said.

34 people in our city lost their lives due to suspected opioid overdoses in December, and 30 have died so far in January. These figures mark a tragic new record for our city: two months with the highest number of fatalities due to the opioid crisis.https://t.co/zZpgd4M9Af

The chief coroner’s office has confirmed 341 opioid toxicity deaths in Toronto between January and September 2020; however, preliminary data shows that number could soar to about 823 following further investigation.

While Toronto has invested in supply programs and harm reduction services, Cressy says that more action is needed from both the provincial and federal governments. In particular, the Toronto Board of Health is calling for the removal of a provincial cap on supervised consumption sites, as well as more funding for treatment and harm reduction programs.

The Toronto Board of Health also wants further distribution of naloxone and for the government to grant an exemption under the Controlled Drugs and Substances Act to “permit the possession of all drugs for personal use for all Canadians, at minimum for the duration of the COVID-19 pandemic.”

“The data release today makes it clearer than ever that we cannot continue with the status quo,” Cressy said. “We need all three levels of government to commit to implementing real public health solutions to the overdose crisis, and we need them to do it now. It's the only way we have to protect people and save lives."

Toronto Mayor John Tory said he recently met with Ontario’s Associate Minister of Mental Health and Addictions Michael Tibollo to discuss how the current health-care system deals with opioid addiction and to tell him he will be stepping up his advocacy on the issue.

“This is not about morals or the law, it is about health and as such it must be addressed in an integrated fashion by the health-care system,” the mayor said in a statement. “The status quo is producing tragedy and loss of life on an unprecedented scale and cannot be continued.”

My statement on the @TOPublicHealth overdose data released today. pic.twitter.com/AVIB5honWL

Preliminary data indicates there have been 30 fatal calls to Toronto paramedics for suspected opioid overdoses between Jan. 1 and Jan. 26 of this year, the city said.