Reforms for pandemic federal election tabled, but may not take effect until summer 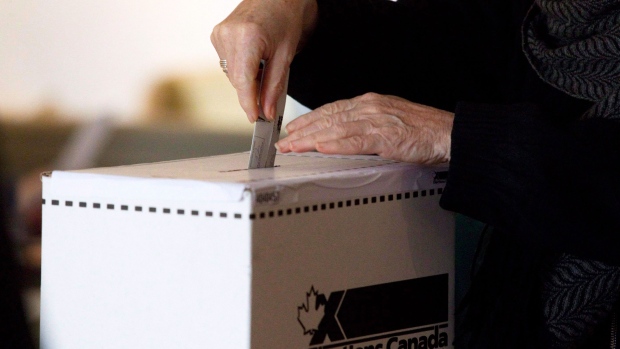 OTTAWA - A federal government bill to ensure safer voting during a pandemic election will likely not come into force until May at the earliest, potentially jeopardizing Canadians' health in the event of a spring vote.

The legislation, tabled in the House of Commons on Thursday, would spread voting over three days if a federal election occurs during the COVID-19 contagion.

The proposed law would also add nearly two weeks of advance polls in long-term care homes and make it easier to get and return mail-in ballots.

However, the amendments to the Canada Elections Act would not take effect until 90 days after receiving royal assent. The bill is unlikely to pass before the House rises this week for the holiday break, putting the Governor General's approval out of reach until at least the end of January, when parliamentarians return to Ottawa.

“We have a very limited timeframe,” said Kevin Lamoureux, parliamentary secretary to the leader of the government.

Elections Canada remains ready for an election at any time, he added.

A pandemic election would carry extra costs - necessitated by additional staff and extended hours at polling stations and a flood of mail-in ballots - Lamoureux said, but he declined to nail down an estimate.

Roughly five million voters are expected to vote by mail in a pandemic election, compared to about 50,000 in October 2019, said officials in the Privy Council Office.

The postal surge would not make a “meaningful difference” on the timing of election results, Allen Sutherland, assistant secretary to the cabinet, told reporters in a technical briefing Thursday.

He said Elections Canada workers can start tabulating mail-in votes up to two weeks before the final voting day.

Concerns around delays in the ballot tallies brought on by the U.S. election last month, which saw some states take weeks to complete counts, should be laid to rest, he added.

“The United States is kind of this polyglot system which is very much at the regional level, and so some of their rules meant that they couldn't actually count the votes until after the election. That led to some of the delays. We don't anticipate that will be the case in Canada, because it's centrally administered through the Elections Act,” he said.

The proposed law, known as Bill C-19, lays out a 13-day period for election workers to visit long-term care homes so residents can vote safely, rather than having workers drop by numerous facilities on election day.

“In the context of a pandemic, I think we can all agree that this could have a devastating impact on long-term care facilities and it is therefore unrealistic and unsafe,” Sutherland said of applying the usual protocol in the current context.

Dominic LeBlanc, the minister responsible for democratic institutions, said the various measures are meant to prevent potential crowding at polling places and to allow people vulnerable to COVID-19 to vote from home.

Chief electoral officer Stephane Perrault warned earlier in the fall that restrictions in the law governing federal elections could put voters at risk, especially with mobile polls that are supposed to make voting easier for nursing home residents.

The government said the new rules would be temporary and would end when Perrault deems it safe to go back to the current voting system.

This report by The Canadian Press was first published Dec. 10, 2020.