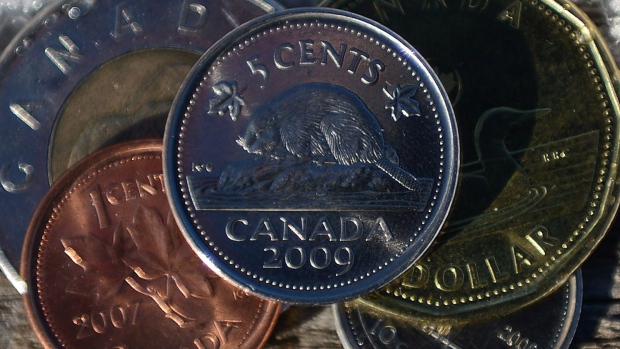 TORONTO -- Ontario's Liberal government will move quickly to raise the $10.25 an hour minimum wage to catch up with the cost of living since it was frozen four years ago, sources said Monday.

Government sources told The Canadian Press there would be an announcement this week to hike the minimum wage based on the annual inflation rates since 2010, which ranged from 0.9 to 2.9 per cent.

Premier Kathleen Wynne wouldn't confirm the size of the increase at an Ottawa news conference Monday when reporters tried repeatedly to find out what the new minimum wage would be.

"What you're trying to do is come at the number from any angle, but I'm not going to take the bait," Wynne said with a chuckle.

"Really, you're not going to have to wait a long time because we have a pretty good idea of where we want to go, so very soon you will get that number."

The Ontario Convenience Stores Association said it likes seeing future increases in the minimum wage tied to the inflation rate, and wasn't concerned by hike that takes into account inflation back to 2010, saying "it looks very minimal and will protect jobs."

The Ontario Chamber of Commerce had recommended future changes in the minimum wage be tied to the rate of inflation, but the Canadian Federation of Independent Businesses was not happy with the prospect of any increase.

"I think any kind of increase ... is going to make it difficult for businesses to cope, period," said CFIB policy analyst Nicole Troster.

A special advisory panel set up by the Liberal government to look at ways of adjusting the minimum wage released its report Monday, calling for changes to be linked to the inflation rate, and to give businesses four months warning of any increases.

It recommended the minimum wage be changed April 1 each year, with advance notice December 1 of exactly how much it will go up, and said the whole process should be reviewed every five years.

Wynne said it was fair to base future changes in the minimum wage on the Consumer Price Index, a key indicator of how the economy is doing, and would offer some predictability for businesses.

"It takes the decision out of the realm of political whim and puts it into the realm of some kind of relationship with the way the economy is growing," she said.

A study last fall by the Wellesley Institute, a Toronto-based research organization, showed the number of minimum wage workers in Ontario more than doubled since the Liberals came to power in 2003 to nine per cent of the workforce in 2011, or 464,000 people.

Young people used to make up the bulk of minimum wage workers, but the data show that by 2011, nearly 40 per cent were 25 or older.

Various social groups, unions and health-care professionals have been pressuring governments to raise the minimum wage to $14 an hour, noting it would mean a pre-tax difference of $650 a month to thousands of the lowest-paid workers in Ontario.

"A full-time minimum wage earner falls 25 per cent below the poverty line, and we need much more than a cost-of-living increase to address this shortfall," said Deena Ladd of the Workers Action Centre in Toronto.

However, Wynne is worried about the impact of such a big hike on business.

"I know that there's a call for $14 (but) we have to move very carefully because this is about making sure that we retain and create jobs," said Wynne.

"At the same time, we need to have a system in place that has a fairness to it that I think has not been the case for many years."

The $10.25 an hour rate in Ontario and British Columbia is about middle of the pack for provinces and territories, which range from $9.95 in Alberta to $11 in Nunavut.

Ontario also has a $9.60 an hour minimum wage for students under 18 working less than 28 hours a week, and a $8.90 minimum for liquor servers. People doing paid work at home for an employer are entitled to a minimum wage that is 110 per cent of the general minimum.