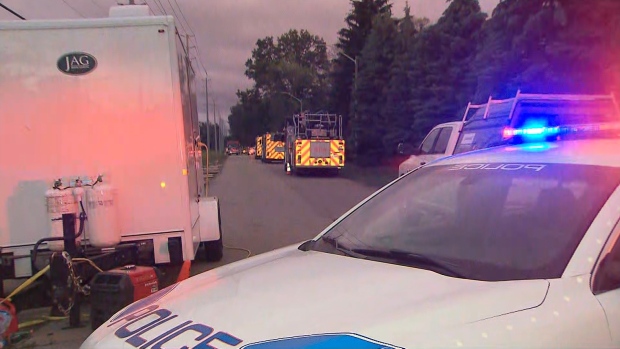 Crews are pictured at the scene of a gas leak in Mississauga Monday, June 21, 2021.

Enbridge Gas says its crews will be making repairs today.

It says a small number of residents may still be without gas service while the work is being done.

Fire officials say some 27 homes had to be evacuated after construction workers struck a gas main early Monday afternoon.

He said the gas being released sounded like “a loud jet engine.”