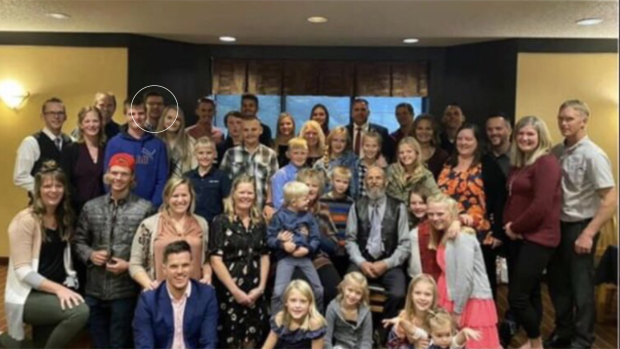 An Ontario MPP who posed for a photo maskless inside a Niagara Falls restaurant has been slammed by a doctor working on the frontlines of the COVID-19 pandemic.

Niagara PC MPP Sam Oosterhoff posted several images of himself posing with about 40 other people at a banquet hall last weekend.

"How do we expect ordinary citizens to adhere to public health recommendations and actually commit to this seriously when such brazen disregard is on display by our elected officials who are legislating our policies," infectious disease specialist Dr. Abdu Sharkawy said in a tweet Tuesday morning.

Betty’s Restaurant, where the event took place, posted to Facebook late Monday saying they reminded the group several times to wear masks but they "chose to not follow the posted rules."

"This group was reminded several times that they were required to wear masks when not seated at their table," the post said. "We can remind guests but we cannot strong-arm them into following rules."

"They were at the restaurant for a private function. They were in a private room with a separate entrance and had separate restrooms. They did not interact with other customers."

Betty's Restaurant said they have sanitized and disinfected the area since the party.

In response to the photos, Oosterhoff’s office said the banquet hall was following rules for distancing but he should have worn a mask when grouping together with others for a photo.

"This was an event at a staffed banquet hall, with under 50 people, including 5 tables distanced and limited to under ten people at each," he said. "However, I should have worn a mask when we took a quick pic, given the proximity of everyone, and I apologize for failing to do so."

Premier Doug Ford said Monday that Oosterhoff would not be demoted or face any other punishment for the photo.

"He's a great representative, I am proud to have him on the team and he will continue to be the (parliamentary assistant) to the minister," Ford said. "He’s doing a great job."