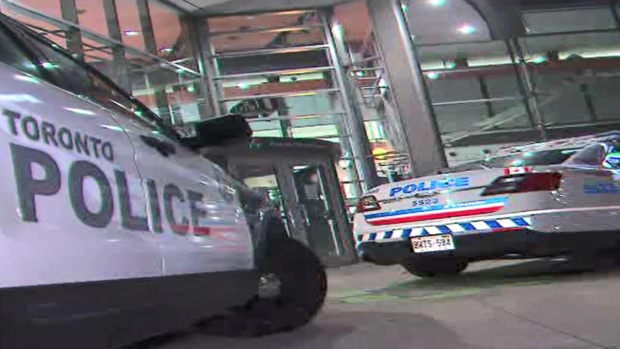 Police are seen outside the Ontario Science Centre after a drive-by shooting on Nov. 1, 2019. (CP24)

A passenger in a ridesharing vehicle is in serious condition after being shot in an apparent drive-by in the city’s Flemingdon Park neighbourhood early Friday morning.

Toronto police say at about 1:30 a.m. a rideshare driver was carrying a passenger through the intersection of Don Mills Road and Gateway Boulevard when an SUV pulled up alongside them and two male suspects opened fire.

The passenger in the rideshare vehicle was struck by gunfire.

The rideshare driver sped off to the parking lot of the Ontario Science Centre where they were met by police and paramedics.

The passenger was taken to a hospital trauma centre for treatment.