Rogers offers customers compensation after outage, credit to be applied to next bill 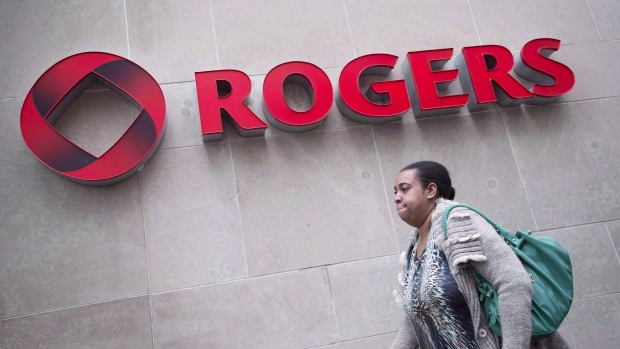 A pedestrian walks past the Rogers building, in Toronto, on April 22, 2014. (The Canadian Press/Darren Calabrese)

The company says a credit equivalent to Monday's wireless service fee will be applied to a future bill.

Rogers says the credit will be done automatically and no action is required by customers.

The telecom giant says the root cause of the intermittent wireless service was a recent software update by its network partner Ericsson.

Rogers says it's undertaking an in-depth review in partnership with Ericsson to prevent similar issues from happening again.

Many users expressed frustration with the outage as they work from home under ongoing COVID-19 restrictions and experts say the nearly daylong outage had deep economic repercussions.