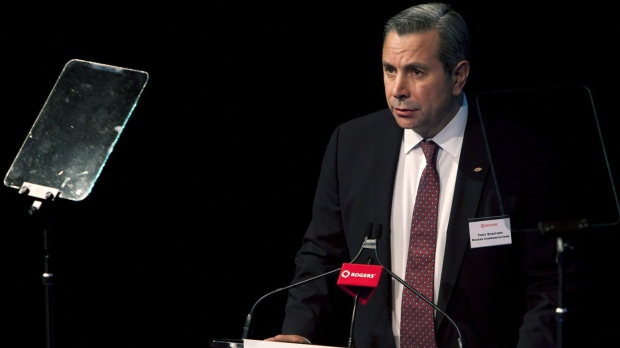 TORONTO - Rogers Communications Inc. says it's working to ensure emergency calls always go through and no future outage will take down both cellular and internet services, as it continues damage control following a blanket network outage earlier this month.

President and Chief Executive Tony Staffieri says in a letter to customers Sunday the steps are among several the telecom giant is taking to learn from the July 8 outage that knocked out mobile, landline and internet service to millions of customers across Canada.

Staffieri says Rogers has made meaningful progress on a formal agreement between carriers to switch 911 calls to one another's networks automatically, even in the event of an outage on any single carrier's network.

He says the company is physically separating its wireless and internet services to create an “always on” network that meets a higher standard of reliability.

Rogers is committing $10 billion over three years to increase oversight, testing and the use of artificial intelligence to ensure reliable service.

Finally, the letter says the company is partnering with leading technology firms to do a full review of its network to learn from the outage.

“I know that it is only through these actions that we can begin to restore your confidence in Rogers and earn back your trust,” Staffieri says in the letter.

Documents released late Friday show that during the outage, Rogers was unable to shut down its radio access network, which would have automatically connected customers to another carrier for 911 calls.

In a submission to the Canadian Radio-television and Telecommunications Commission, Rogers said the sweeping outage across its network limited its ability to respond with interim solutions while it restored service.

It was unable to route most 911 calls or deliver four emergency alerts during the service disruption, nor could it switch customers to a rival carrier despite offers of assistance from competitors.

The submission from Rogers also says competitors would not have been able to handle the sudden influx of affected wireless customers, which the company pegged at more than 10 million.

Staffieri said in his Sunday letter he believes a formal agreement between carriers is the only responsible way forward.

“Emergency calls to 911 simply have to work. Every time,” the letter reads.

This report by The Canadian Press was first published July 24, 2022.