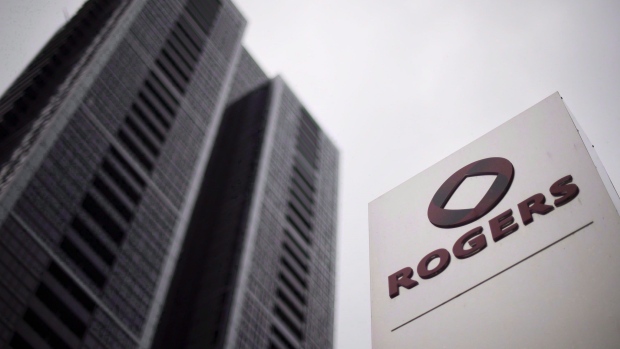 The deal comes as the COVID-19 pandemic has increased consumers' focus on digital connectivity and protecting their pocketbooks. When announcing the deal, the companies committed to continue offering affordable wireless plans, with no overage fees, and Rogers said it will not increase wireless prices for Freedom Mobile customers for at least three years.

Despite promises from Rogers, some analysts worry the deal to marry Shaw and Rogers would give Rogers more power to raise prices. Michael Geist, a law professor at the University of Ottawa and Canada Research Chair in internet and e-commerce law, said that the deal removes the best chance at a viable national fourth carrier.

“It will quite clearly result in reduced competition in several major markets and higher prices,” Geist said of the merger at a virtual event on Tuesday called Affordable Internet Day of Action.

Conservative MP Pierre Poilievre said the Tories will trigger hearings on the deal in industry committee to decide whether the tie-up will protect workers and customers, “and not corporate interests.”

“We continue to believe that four competitors is better than three more competition is always better for both workers and customers,” said Poilievre in a press conference, stating that there is “no guarantee” that a deal would be approved if it left only three carriers.

“All of the decisions that large telecom companies make have to come with conditions ... I can't imagine any scenario where the industry minister, CRTC, and the Competition Bureau would allow this to go ahead without there being some conditions.”

Canada has the highest or second highest adjusted prices for mobile wireless when compared with the United States and six other countries, according to a 2019 paper from Innovation, Science and Economic Development Canada. The paper also said that while wireless and broadband prices had been falling, Canada was on the higher end of pricing when it came to higher internet speeds.

Vincent Geloso, assistant economics professor at King's University College, said that having fewer telecom providers in Canada may not necessarily result in rising prices, so long as the companies that win out are the firms that make the most efficient use of cables, spectrum, labour and other resources.

Executives from Rogers and Shaw say there could be $1 billion of synergies within two years of closing the deal, mostly from cost savings.

To ensure a dominant firm like Rogers would have incentives keep prices low, Geloso said there would need to be a possibility that another firm could enter the market and compete at any time - a situation Geloso said is unlikely, given the investment needed to lay telecom cables and laws that limit competition from abroad.

Introducing international competition to the Canadian telecom market is one way to make sure Rogers will have competition when setting prices - but it's a hard political sell, Geloso said. Instead, bureaucrats may intervene on the terms and approval of the deal itself, said Geloso.

“(If) an American firm replaces Rogers, they're going to say, 'Well, these are jobs in the United States, and we're losing jobs in Canada.' Even though technically what happens is that Canadian consumers actually get lower prices, and they can spend elsewhere in the economy creating jobs elsewhere.”

Hanish Bhatia, a senior analyst with Counterpoint Technology, said the deal comes at a “crucial” time for Shaw, when it would otherwise need to make huge investments into 5G networks. Rogers said it would spend $2.5 billion to build 5G networks in Western Canada, $1 billion on connecting rural, remote and Indigenous communities in four Western provinces, and $3 billion to support additional network, services, and technology investments.

But Bhatia's research note also said that Shaw's average billing per user was much lower than the big three Canadian carriers - Rogers, Telus and Bell.

A research note from RBC Capital Markets on Tuesday suggested that one path forward for the deal would be for Rogers to divest all or a portion of Shaw's wireless assets.

Rogers chief executive Joe Natale said this week that it was too early to speculate on whether the companies will need to divest from any operations, but said executives from Shaw and Rogers are “going to sit down with regulators and just work through the pieces” until the deal is approved.

This report by The Canadian Press was first published March 16, 2021.

- With files from David Paddon