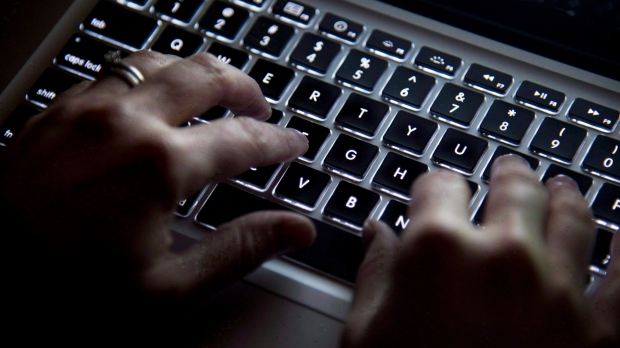 The Canadian Centre for Cyber Security, a branch of the Communications Security Establishment, said it was “aware of foreign cyber threat activities, including by Russian-backed actors, to target Canadian critical infrastructure network operators, their operational and information technology.”

The warning came as Joly was wrapping her three-country tour with her European Union counterpart in Brussels after previous stops in Ukraine and France. Russia has positioned about 100,000 troops across Ukraine's borders along with tanks and other heavy artillery, stoking fears across Europe of an invasion. Russia has denied this intent.

Joly and her European Union counterpart Josep Borrell projected a warm image of transatlantic solidarity at a news conference Thursday.

“We of course appreciate the EU's collaboration on many deterrence measures, including economic ones. Canada will be ready to take additional measures, particularly with respect to the financial sector.”

But there was no announcement of additional Canadians sanctions.

Joly said Prime Minister Justin Trudeau is looking at “a range of options” that are based on the information she is gathering this week.

Canadians of Ukrainian descent expressed frustration that Joly travelled to Europe with nothing concrete to deliver to a series of asks from Ukraine. Those include more sanctions, a commitment to help arm the Ukraine military with weapons and extend Canada's military training mission of Ukraine forces past its March 31 expiry date.

In a Wednesday email to member of Parliament Yvan Baker, the Liberal chair of the Canada-Ukraine Parliamentary Friendship Group, the head of the League of Ukrainian Canadians said Joly was “ill-prepared to deal with the situation in Ukraine, and this reflects very negatively on the Canadian government.”

The email was copied to Deputy Prime Minister Chrystia Freeland, who is of Ukrainian descent and is a former foreign minister and journalist. The Russians have banned her from entering the country because of her critical stance towards President Vladimir Putin's authoritarian rule.

“At the same time, the Russian media makes jokes about Canada's deployment of Canadian special forces to Ukraine, stating that the only reason they are there is to prepare and secure the evacuation of Canadians from the Canadian embassy,” wrote Orest Steciw, executive director of the group.

Ihor Michalchyshyn, the executive director of the Ukrainian Canadian Congress, said the time has come for Canada to provide tangible assistance to match its rhetoric, citing Britain's decision to provide anti-tank weapons to Ukraine, and other contributions by some NATO members.

“We don't understand why it is taking Canada so long to make a decision to match our shoulder-to-shoulder sentiments with material assistance,” Michalchyshyn said in an interview.

Conservative MP James Bezan, who has also been banned by Russia, called Joly's European tour a “virtue-signaling exercise to the diaspora in Canada rather than providing concrete proposals and consequences that will hurt Russia.”

Canada's Ukrainian diaspora of 1.4 million people is an influential constituency in domestic political affairs, a fact that has been widely recognized by both the current Trudeau Liberal government and the previous Stephen Harper Conservatives.

On Thursday, Joly and her host Borrell were pressed about whether they agreed with U.S. President Joe Biden's remark a day earlier that a “minor incursion” by Russia would lead to a lesser response, which left many scratching their heads.

Biden offered an apparent clarification Thursday, saying: “I've been absolutely clear with President Putin. He has no misunderstanding: Any, any assembled Russian units move across the Ukrainian border, that is an invasion” and would be met with a “severe and co-ordinated economic response” for which “Russia will pay a heavy price.”

Borrell described Biden's original phrasing as “nothing new” and said allies would respond in a way that would be “very costly for Russia.”

“The warning of President Biden goes exactly the same direction in which we have been working,” said Borrell. “A threat is a threat.”

Joly referenced Russia's 2014 annexation of Crimea and its fomenting of Russian separatist forces in Ukraine's eastern region, when she replied: “Let me be clear. First, Russia is already in Ukraine. We're talking about a real threat of a further invasion of Ukraine. So, in that sense, like my colleague just mentioned, a threat is a threat.”

Joly's trip was unfolding against a backdrop of other high-level meetings across Europe this week.

U.S. Secretary of State Antony Blinken was in Berlin on Thursday for meetings with German, France and British officials, a group known as the Trans-Atlantic Quad that is playing a leading role in defusing the crisis.

“Right now, Secretary of State Blinken is sitting in Berlin talking to his counterparts from Britain, Germany, and France, and Canada has been sidelined,” said Bezan.

“Minister Joly's tour right now through Ukraine, Brussels and Paris is showing that they are going out with platitudes, and essentially have been empty handed in offering any assistance to Ukraine.”

This report by The Canadian Press was first published Jan. 20, 2022.