More must be done now to make Toronto’s roads safer for pedestrians, says one safe streets advocate, after three people were hit by drivers while walking in this city Wednesday morning.

Many of these road safety measures are outlined in Toronto’s Vision Zero Road Safety Plan, which prioritizes the safety of Toronto’s most vulnerable road users through a range of extensive, proactive, targeted, and data-driven initiatives. Launched in July 2016, this plan focuses on reducing traffic-related fatalities and serious injuries on the city’s streets.

“The city’s Vision Zero plan needs to be accelerated. It’s too slow to move forward,” said Reid, adding  while fatalities involving vulnerable road users tend to get the most attention, incidents where people are injured are just as significant.

“Being hit by a moving vehicle can forever alter a person’s life. It’s a life-changing event, a traumatic experience both physically and mentally.”

The first crash happened just before 7:30 a.m. near Elm Street and University Avenue. Police said the pedestrian was seriously injured and transported to hospital by paramedics.

The second one was just 30 minutes later at the intersection of Dufferin Street and St. Clair Avenue West. Paramedics rushed a victim to a trauma centre with serious injuries.

Shortly before 10 a.m., Toronto police tweeted about a third pedestrian being hit by a driver near Steeles Avenue West and Martin Grove Road. Details were not immediately available about the victim’s injuries.

So far, police have charged one of the drivers, Const. Sean Shapiro of Traffic Services told CP24.com.

He said improving road safety is a shared responsibility.

“(Today’s) collisions were preventable by being cautious and making better decisions,” said Shapiro, who hosts the popular #AskATrafficCop livestream program.

“In two cases, pedestrians were crossing mid-block. … Saving a couple of seconds is not worth your life.”

Shapiro said police want all road users to arrive alive and in one piece to their destination, especially pedestrian and cyclists who are the most vulnerable.

“It’s not about who’s at fault, it’s about making sure you get home safely,” he said.

“If we all take a few minutes to plan ahead and be extra cautious we may all be able to avoid tragedy.”

Reid underlined that three vulnerable road users being hit by motorists in such a short time frame shows “our streets are dangerous for pedestrians.”

“When you have three pedestrians hit in a morning, it’s a reminder that these collisions happen all the time,” he said.

So far this year, Toronto police have investigated dozens of non-fatal personal injury collisions as well as 31 fatal collisions. 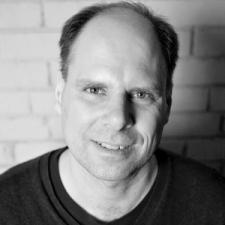