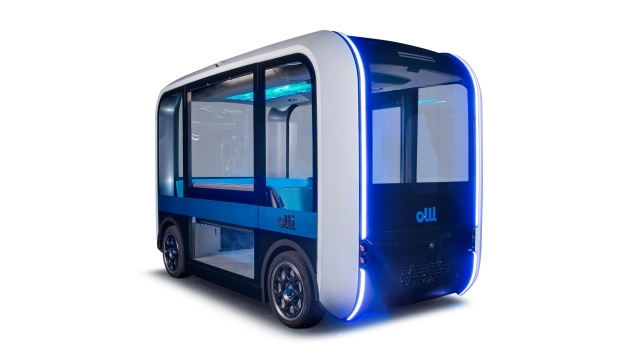 A pilot self-driving shuttle is seen in this photograph shared by Toronto Mayor John Tory. (@JohnTory)

A self-driving shuttle will connect residents of one Scarborough neighbourhood to GO Transit next spring as part of a new pilot project by the City of Toronto.

In a news release issued on Wednesday morning, the City of Toronto announced that officials have signed an agreement with Local Motors by LM Industries for the new autonomous shuttle trial, which will be operated in partnership with Metrolinx and funded by the Government of Canada.

The shuttle, which is equipped with an accessibility ramp and a wheelchair securement system, will transport residents of the West Rouge neighbourhood to the Rouge Hill GO Station.

“It was picked because it is one of those neighbourhoods where you have a lot of streets going back into the subdivision that may be far away from transit,” Mayor John Tory told CP24 on Wednesday.

“The whole idea here is for people to have the convenience of an autonomous vehicle going by their home.”

The shuttle can accommodate eight passengers and an on-board safety attendant will oversee operations to ensure the vehicle is working properly.

“You can get on that vehicle for no additional charge and it will take you to the GO station,” Tory said. “So the whole idea of it is to increase transit ridership as an attractive and convenient option for people.”

The city says to “monitor and learn” from the pilot, a certified operator from Pacific Western Transportation and one customer service ambassador will be on board for every trip.

The duration of the pilot project is estimated to be between six and 12 months.

“I think this is very exciting,” the mayor said. “We are not the first city to do it but it is the first time it will be done in Toronto.”

The exact start date for the program has not been released.