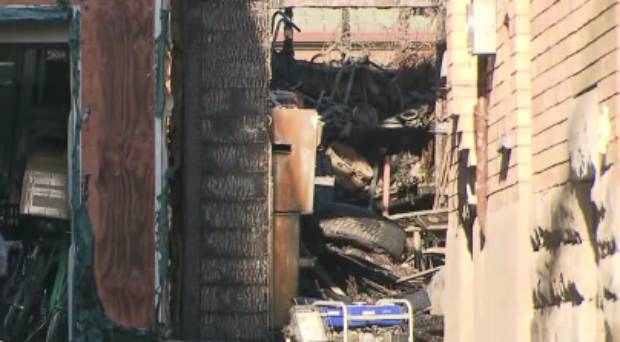 A fire that started out in a shed near the city’s Corso Italia neighbourhood overnight eventually spread to two other homes before crews were able to extinguish it.

Firefighters were called to a residence on Westmount Avenue in the Dufferin Street and St. Clair Avenue for a report of a shed that was on fire at around 2:20 a.m.

Toronto Fire says that once crews arrived on scene the shed was fully engulfed and the blaze was threatening nearby homes.

Crews protected one house by spraying water on it; however the fire did eventually spread to two other homes before it was knocked down.

Toronto Fire investigators have been called to the scene and will be looking into the origin and cause.

No injuries were reported as a result of the blaze.