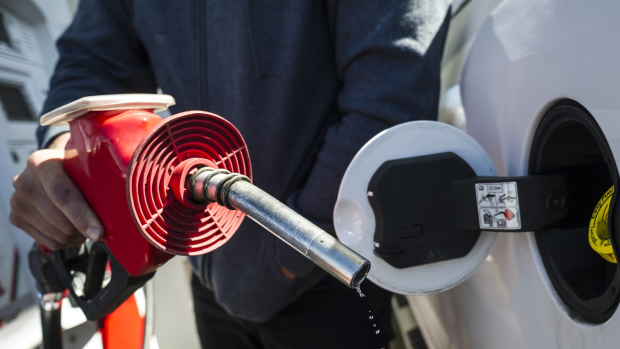 A man fills up his truck with gas in Toronto, on April 1, 2019. THE CANADIAN PRESS/Christopher Katsarov

CALGARY - Shell Canada is letting carbon-conscious customers get their two cents in for the environment while filling up at one of its 1,400 stations across Canada.

The Canadian branch of Royal Dutch Shell is launching its Drive Carbon Neutral program today to allow customers to help it produce or buy offset credits to reduce net carbon dioxide emissions from the production, refining and burning of fossil fuels.

The program offered through Shell's EasyPay app will be free of charge until the end of December when those who choose to continue will be asked to contribute two cents per litre to reduce greenhouse gas emissions blamed for global warming.

Shell Canada president Michael Crothers says it's believed the program is the first of its kind in Canada, adding Shell's similar offerings in Europe have been well-received, with nearly 20 per cent of customers in Netherlands, for example, signing up.

Shell is also announcing it will provide funding for a B.C. Interior reforestation project in partnership with Central Chilcotin Rehabilitation, a Tsilhqot'in forestry company, to plant 840,000 native trees in areas decimated by wildfires.

Crothers says the cost of the two-year tree-planting project isn't being released but said it could someday provide carbon offset credits if federal and provincial regulations are enacted to make that possible.

“We see a lot of demand from customers to start helping. How can a customer who maybe can't afford to buy an electric car, but wants to do something to help the environment, get involved?,” he said in an interview, noting Royal Dutch Shell plans to invest US$200 million in 2020 and 2021 in natural ecosystems to act on global climate change..

“This is part of the transition while we continue to shift our energy mix as a company towards renewable power and renewable fuels.”

Shell's presence in Canada was reduced in 2017 when it sold most of its Alberta oilsands assets to Canadian Natural Resources Ltd., although it is the operator and retains a 10-per-cent interest in the Scotford upgrader and Quest Carbon Capture and Storage project, located next to its 100 per cent owned refinery and chemicals plants near Edmonton.

It also heads up the consortium building the $40-billion LNG Canada export project on the West Coast and retains interests in conventional oil and gas production.

Companies in this story: (TSX:CNQ)