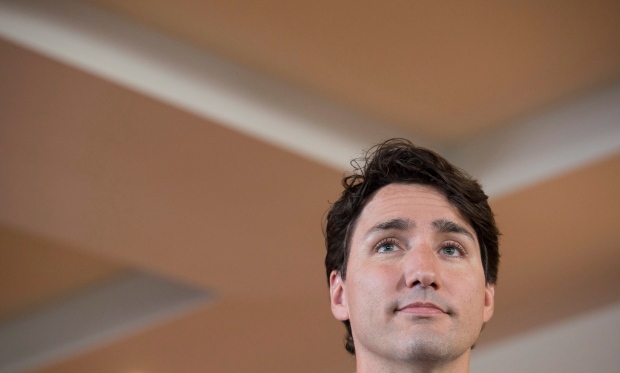 Canadian Prime Minister Justin Trudeau listens to a question as he speaks with the media following a child care benefit announcement Wednesday July 20, 2016 in Aylmer, Que. THE CANADIAN PRESS/Adrian Wyld

Sightings of a shirtless Justin Trudeau are causing something of a stir across Canada and internationally this summer.

The prime minister was most recently photographed shirtless while taking a break from surfing and simultaneously photobombing a couple getting married on a Tofino, B.C., beach.

A Vancouver Island wedding photographer, Marnie Recker, tweeted the photo of Trudeau on Saturday with his surf board standing several metres away from the bride, generating plenty of retweets and fanfare online.

It wasn't clear exactly when the photo was taken, but Trudeau has been in British Columbia for the past week.

The BBC and Time magazine reported on a Canadian family that encountered Trudeau while hiking in Quebec's Gatineau Park last month and took a selfie with the prime minister who was not wearing a shirt.