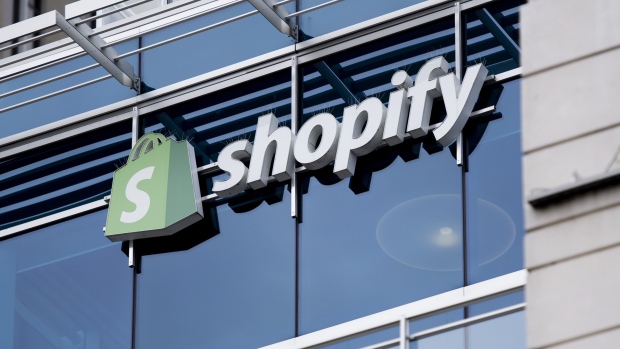 The Ottawa headquarters of Canadian e-commerce company Shopify are pictured on Wednesday, May 29, 2019. Shopify Inc. says it will hire 1,000 people in Vancouver and open its first permanent office in the city in late 2020. THE CANADIAN PRESS/Justin Tang

Shopify says it has cancelled part of a planned Toronto event due to growing concerns over the spread of the COVID-19 virus.

The Canadian e-commerce company’s Shopify Unite conference was scheduled to take place in Toronto on May 6-8.

According to the company, the Toronto conference has attracted thousands of people from around the world over the past two years.

In a statement on the conference website Friday, the company said it has decided to cancel this year’s event.

“Due to the evolving public health concerns around COVID-19, we’ve made a hard but necessary decision to cancel the in-person element of Shopify Unite this year,” Shopify said in a statement on the conference site. “We believe this is the best option to make sure we don’t put anyone’s health and safety at risk.”

The company said it is in the process of issuing refunds and said more information will be shared in the coming weeks.

Shopify is also postponing two international events that were planned as part of its local “Shopify Pursuit” event series. Those events were scheduled to take place in Mexico City and Melbourne, Australia.

On the website for those events, the company asked participants to hold on to tickets until a new date is scheduled. Refunds will be issued for those who are unable to attend the new dates, Shopify said.

“We know this decision impacts you and everyone in our global ecosystem, but the health and safety of our partners and employees is our greatest concern. We’re not willing to put anyone at risk by proceeding with our in-person events,” Shopify’s Chief Technology Officer Jean-Michel Lemieux said in a statement.

The company said it will be releasing details in the coming weeks about how participants can take part in a “reimagined” Unite conference.