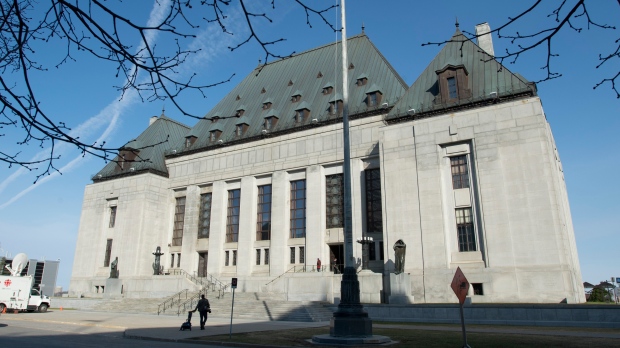 TORONTO -- When Chris Pollard wanted to list his Toronto condo, he decided to try a private sale in his neighbourhood first.

And thanks to a Supreme Court decision last year against the Toronto Real Estate Board, he and his wife were able to look up how much similar units had sold for in the area to better price the home themselves.

Private listings and other alternative sales models are still outliers in Canada's real estate market, despite an opening up of data on sale prices and listing history.

Still, last year's ruling has ushered more information for consumers into the market and spurred innovation opportunities, said Anthony Durocher, deputy commissioner for the Competition Promotion Branch of the bureau.

"For the average consumer, they're able to benefit from greater choice of online tools to enable them to make an informed decision," he said of the change, which came after seven years of "hard-fought" litigation.

"That's really a great outcome for competition and innovation."

The additions to the online real estate landscape have taken a variety of forms, including international companies like Redfin that promise low commissions.

Meanwhile, Canadian players like Zoocasa and HouseSigma are expanding their data-driven models, regional startups like Fisherly are emerging as other boards change rules and realtors are setting up their own data sites.

Stephen Glaysher, who's worked as a downtown Toronto realtor for 18 years, set up a site called MLS Sold Data as a resource for current and potential clients to boost transparency and trust.

He said he's long been an advocate of more disclosure on sale prices, in part to keep his own industry in check.

He said it's been too easy in the past for realtors to fudge numbers when determining bid and sale prices, where they could manipulate comparables up or down by as much as $200,000 to make sure they win a bidding war.

"You can doctor it to make it look how you want it to look."

He said clients can double-check data themselves now that sale prices can be made available online, though he worries some people could make wrong decisions by not analyzing the data properly.

John DiMichele, president of TREB, said in a statement that he's concerned how people both in and outside of the industry are using the data. He said the board, which has restrictions including no scraping, mining, or monetizing of the data, is looking to protect its intellectual property and defend personal information.

"We are currently in the process of auditing and protecting confidential information in TREB's database, which is what our members and consumers expect and what the law demands."

Overall though, the data has allowed the company to provide more information and will play into a range of better tools and valuation features it plans to unveil in the coming months to help people better predict price changes.

"This does allow us to better innovate, in terms of the data interpretation that we're providing," she said.

And despite privacy concerns, the Supreme Court ruling has prompted real estate boards in other major cities including Vancouver, Calgary and Ottawa to open up their data online, while Quebec's amalgamated board is considering the issue.

The competition bureau said it has been generally pleased with how other boards have reacted, and that "most" have implemented new rules, but did not provide specific numbers.

But even as the openness of information increases and new companies enter the market, the overall market does not look to have changed all that much, said Queen's University real estate professor John Andrew.

"Most people aren't accessing the data that is available, so I don't see really that it's had a very profound impact on the market," he said.

"I kind of made the prediction that this might be kind of the next step of several in the general trend towards the liberalization of data, and that really hasn't happened, to my surprise."

He had expected more Canadians would follow the growth in the U.S. of flat-rate listings and other ways to reduce commissions, where the cost savings are "simply staggering," but the vast majority are sticking with the standard model.

"I think it's just about the consumers' confidence level. They're dealing with their home, and by far their largest investment."

Pollard, who had listed his condo privately, decided after a quick test of the option to go with a realtor. He said one of the big trade-offs in paying a commission was the greater potential for multiple bidders.

"There's definitely benefits of having a realtor, and I'm seeing that right now actually, the fact they know how to price it, they have the network. It's a marketing campaign."