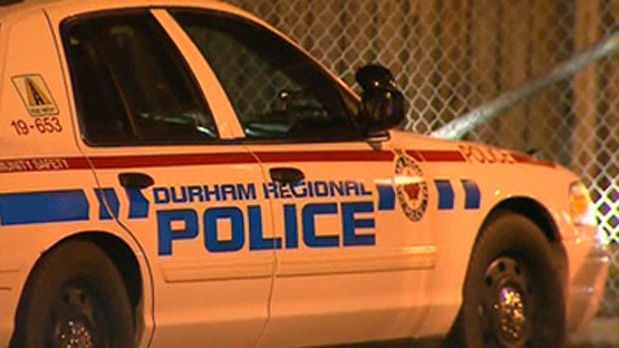 Two brothers are now behind bars and facing charges in connection with a two-month-long crime spree in Ajax that Durham Regional Police say the town had never seen before in recent memory.

Det. Sgt. Ryan Connolly said that between Oct. 12 and Nov. 28, seven people were ambushed by a pair of armed men.

In three of those instances, police said the men forced a victim at gunpoint to drive to an ATM and withdraw money.

In another four cases, victims were confronted as they sat in their vehicles and robbed of cash. Three victims were struck and injured in the incidents. One of them required hospitalization for serious injuries.

Ajax Mayor Steve Parish said the incidents had much of the town on edge.

“Their random nature and the threat of violence, along with them happening in a small geographical area over a short period of time, had everyone feeling very insecure.”

All seven incidents happened in a small stretch of north Ajax.

Connolly said that the eventual break in the case came from a seemingly unrelated incident at the Ajax GO station that occurred on the night of Sept. 13.

In that incident, a woman and a man agreed to meet at the station for the sale of a cellphone using the Smartphone App “letgo.”

The man allegedly grabbed the 20-year-old female victim’s cash and fled the scene.

Connolly said officers were able to gather surveillance camera footage of the incident, a suspect description, but more importantly, they lifted a single fingerprint from the crime scene.

The fingerprint, along with information provided by the company behind the letgo app, pointed investigators to a suspect who lived in the north Ajax area where carjackings occurred.

Connolly said the fingerprint matched prints left in the course of several of the later incidents.

As the robberies and carjackings continued, the investigation grew to include more than 30 officers from various units in the service.

“Citizens of north Ajax were living in fear,” Connolly said, adding that by the final incident, police had started conducting undercover surveillance of the two suspects.

On Nov. 28, at about 4 a.m. police detectives were near Ajax Downs Casino off Kingston Road when Connolly said they

The victim in that incident, 55-year-old cab driver Saverian Aruseelan, told CTV News Toronto he was approached from the driver’s side by someone who said said “give me all of your money, otherwise I blow out your head,” while pointing a gun at him.

Aruseelan said he handed over about hundred dollars cash and a cell phone.

He apparently robbed in full view of some undercover officers.

“We were not able to intervene before the incident took place,” Connolly said, but two male suspects were followed and arrested a short distance away.

A later search uncovered an imitation firearm allegedly used in the incidents. Three vehicles abandoned in Ajax after carjackings were recovered and returned to their owners.

Police identified the suspects as Trenell Ottley, 24, and Trevell Ottley, 21, both of Ajax.

They face a combined total of 66 charges including eight counts of kidnapping, 17 counts of robbery, two counts of assault causing bodily harm and 10 counts of using an imitation firearm.

None of the charges have been proven in court.

Both were held in custody pending a bail hearing.