The Special Investigations Unit (SIU) has been called in to investigate a crash in Brampton involving two police cruisers.

Emergency officials were called to the area of Queen Street East and Main Street South for a report of a stolen vehicle at about 6:30 p.m. on Sunday night.

During a police pursuit, a collision occurred between cruisers and a car and two suspects were taken into custody.

The SIU says one of the two suspects, a 46-year-old male sitting in the car’s passenger’s seat, suffered a serious injury and was taken to hospital.

Peel Regional Police confirmed that the province’s police watchdog invoked its mandate on the case. 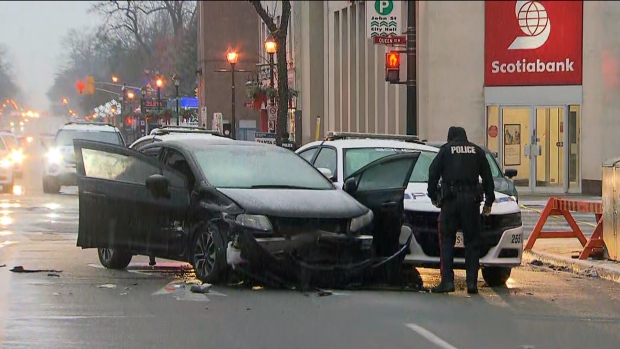