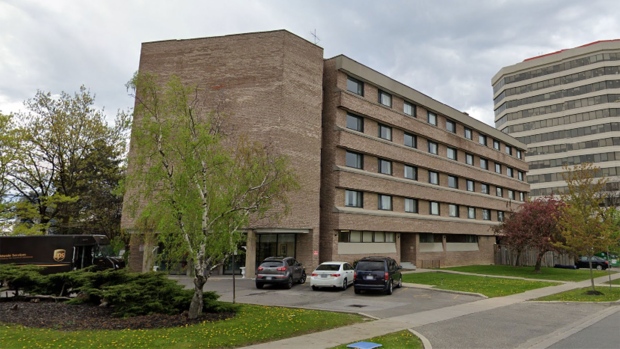 Eatonville Care Centre is pictured in this StreetView image. (Google)

The operators of six for-profit Ontario long-term care homes hit by COVID-19 outbreaks “failed to protect residents” by neglecting to put adequate measures in place to prevent the spread of the virus, according to allegations in a proposed class action lawsuit filed in Superior Court on Friday.

The claim, which has not yet been certified as a class action lawsuit by a judge, involves six long-term care facilities, including the Eatonville Care Centre in Etobicoke, Vermont Square in The Annex, and Hawthorne Place Care Centre in North York, which are all operated by Responsive Group Inc. or one of its subsidiary entities.

It alleges that the homes did not adequately plan for the virus, did not supply staff and visitors with sufficient personal protective equipment, did not appropriately screen visitors and staff, and did not follow the leadership of public health officials and comply with their guidance and directives.

The claim states that as of April 23, 71 people living in the six homes have died during the pandemic.

“In most cases, they died alone without their families and loved ones at their side,” the statement of claim read.

“In many cases, family members of those who died were not even aware that their parents and grandparents were sick.”

Allegations in the claim, which have not yet been tested in court, suggest the lack of action on the part of the operator allowed the virus to “run rampant through many of their homes.”

On Monday, the province confirmed that there are now 170 outbreaks at Ontario long-term care homes, resulting in 671 deaths.

There are now 2,523 cases of COVID-19 among long-term care residents and 1,187 among staff at those facilities.

According to the statement of claim, nurses and staff at Hawthorne Place were reportedly told by a manager not to wear masks, suggesting that it would “scare the residents.”

The suit also alleges that staff members at the North York facility were told to return surgical masks before they left work so the masks could be reused and N95 masks were “kept under lock and key.”

“Staff working late shifts could not access even basic masks,” the statement of claim read.

It also alleges that at Anson Place in Hagersville, Ont., “little attempt was made by management” to separate healthy residents with residents who were confirmed to have or suspected of having COVID-19.

“Residents who had tested positive for COVID-19 continued to share ward units and bathrooms with healthy residents,” the statement of claim read.

At Hawthorne Place, the lawsuit states, a resident who later tested positive for the virus was not isolated while their results were pending and had access to shared areas, placing remaining residents and staff at “extreme peril.”

In a statement sent to CTV News, Responsive Group Inc. said it “recognizes the rights of individuals to advance their concerns through litigation.”

“It is equally important that all parties in such matters have the opportunity to present information to the court and for it to be reviewed and thoughtfully considered. The court will then have to determine whether a concern merits certification,” the statement continued.

“We continue to work closely with government, public health units and our other health care partners to accelerate testing, initiate outbreak protocols, and comply with all directives.”