Six people in hospital after multi-vehicle crash in Whitby

Six people were taken to hospital with a range of injuries following a multi-vehicle collision in Whitby Monday afternoon.
It happened at Highway 7 and Lakeridge Road.

Images from the scene showed a number of badly mangled vehicles, at least one of them lying on its roof. 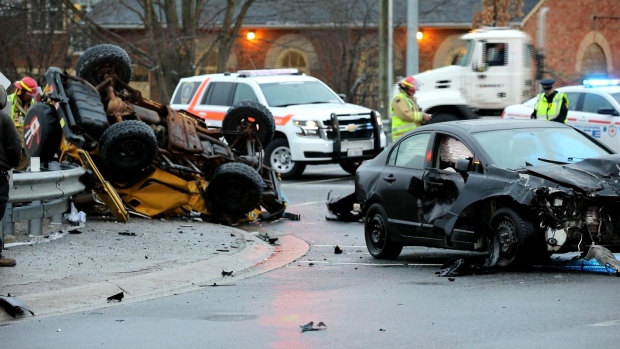 Two people were subsequently transported to a trauma centre in Toronto, while four others were taken to local hospitals, Ontario Provincial Police said.

None of the injuries are considered life-threatening, police said.

Roads were shut down in the area for several hours for the cleanup and investigation. 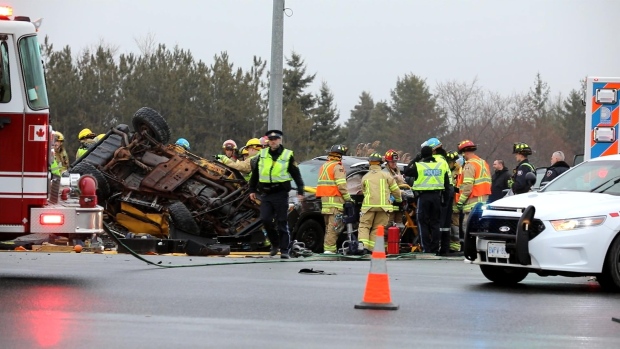