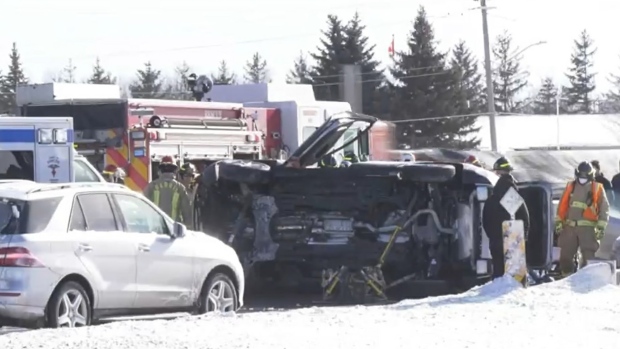 The southbound lanes of Highway 400 in Barrie have reopened after 10 cars collided Sunday that left two people injured.

Barrie Fire told CTV News Barrie they were called to Highway 400 south of Mapleview Drive around noon for reports of a crash.

They arrived to find 10 vehicles had collided, including one on its side.

Firefighters extricated two people from the vehicle on its side. An Ornge air ambulance was seen landing and taking off from the scene.

According to the Ontario Provincial Police, the two people suffered minor injuries.

The cause of the crash was not immediately known.

The southbound lanes of the highway were closed for several hours. They reopened just after 3:30 p.m.