Space heater may be to blame for apartment fire 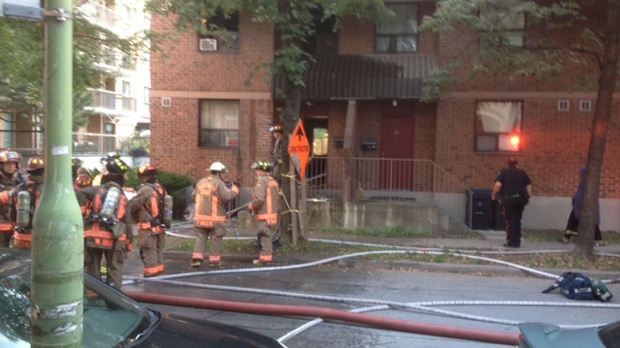 Firefighters are pictured at the scene of a fire on Hahn Place on Thursday, Sept. 20, 2012. (CP24/Cam Woolley)

A space heater may be to blame for a fire that broke out in a second-floor bedroom in a low-rise apartment building Thursday morning.

Toronto Fire Services district chief Don Beam said investigators are looking into reports the heater set curtains on fire after being placed too close to them.

The people inside the suite told firefighters the heater exploded, Beam said.

It didn’t take long for firefighters to reach the scene of the two-alarm blaze, reported at about 7:20 a.m., because the apartment building is two blocks from the nearest fire hall.

Beam said the first crew that pulled out of the station immediately saw smoke wafting into the air, so they called in the second alarm for more resources.

Firefighters quickly extinguished the fire, which was contained to the bedroom.

He urged people to make sure they have working smoke detectors installed in their home.

“Smoke detectors are the number one thing that we push,” Beam told CP24’s Cam Woolley. “This is the time of year, too, when you’re changing your clocks to make sure you change the batteries in your smoke detector because it’s very important. You can see today all the people got out because of that.”