StatCan: COVID-19 led to more than half-a-year drop in life expectancy in 2020 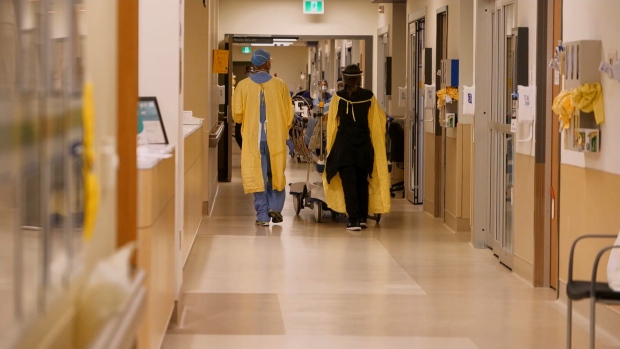 Statistics Canada says the COVID-19 pandemic contributed to an average seven-month decline in national life expectancy, the largest decrease recorded since 1921 when the vital statistics registration system was introduced.

The federal agency released preliminary data Monday showing national life expectancy, which is estimated on an annual basis, was 81.7 years for those born in 2020 - down from 82.3 the year before.

The drop was greater for men, at more than eight months, than for women, at nearly five months, and the largest declines in the country were observed in Quebec, Ontario, Manitoba, Saskatchewan, Alberta and British Columbia.

That made COVID-19 the third leading cause of death in Canada in 2020, though Statistics Canada added that the pandemic may have also contributed indirectly to a number of other deaths across the country.

Cancer was the leading cause of death at 26.4 per cent while heart disease was second at 17.5 per cent.

Unintentional injuries were the fourth leading cause of death at five per cent, with stroke, chronic lower respiratory diseases, diabetes mellitus, influenza and pneumonia, Alzheimer's disease and chronic liver disease and cirrhosis rounding out the top 10.

Though Canada's life expectancy fell in 2020, it was still among the highest in the world over that year, Statistics Canada said.

Statistics Canada said life expectancy for those born in 2020 is expected to return to pre-pandemic levels as the impacts of the health crisis diminish.

The data released Monday is preliminary, Statistics Canada said, and does not include information on deaths in Yukon.

Canadians younger than age 40 were largely unaffected by the direct effects of the pandemic, Statistics Canada said, with approximately 50 COVID-19 deaths recorded among that age group in 2020. But the agency added that in younger age groups, increases in deaths attributed to other causes, including substance-related harms, were observed.

The agency said alcohol-induced deaths include fatalities from diseases and conditions related to chronic use of alcohol but exclude unintentional deaths such as traffic accidents where alcohol is believed to be a contributing factor.

This report by The Canadian Press was first published Jan. 24, 2022.