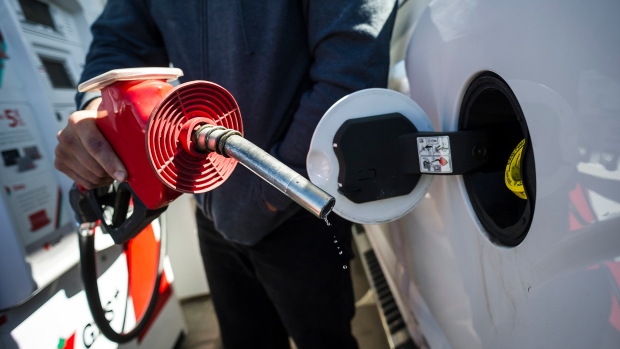 A man fills up his truck with gas in Toronto, on Monday April 1, 2019. THE CANADIAN PRESS/Christopher Katsarov

OTTAWA -- Statistics Canada is scheduled this morning to release its December inflation figure.

The consumer price index in November showed the annual rate of inflation held steady at 4.7 per cent for a second consecutive month, its highest reading in 18 years.

TD economist Ksenia Bushmeneva says the Omicron-driven wave of the pandemic is likely to exacerbate supply-chain issues and push up prices in the near-term.

The Bank of Canada is scheduled to make a rate announcement next week and update its outlook for the economy.

Survey data released by the central bank on Monday suggests that consumers are expecting inflation rates to be elevated for longer.

RBC senior economist Nathan Janzen says the Bank of Canada's commentary next week will be watched closely for signals about whether it plans to raise its key policy rate in March or April from its rock-bottom level of 0.25 per cent.