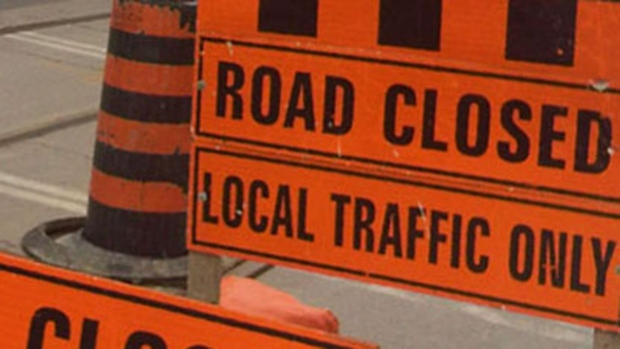 A stretch of Lake Shore Boulevard has been shut down near the CNE grounds after a passing vehicle clipped an overhead pedestrian bridge, damaging it.

Toronto Fire said they responded to a call for a structural collapse at the bridge, located between Newfoundland Road and New Brunswick Way, at around 8:20 a.m.

According to firefighters, a portable crane struck the bridge connecting the CNE grounds to Ontario Place near Budweiser stage.

Employees at the nearby hotel noticed the damage and called it in.

The vehicle left the scene.

There are several bridges in the area connecting the Martin Goodman Trail with the CNE grounds which are popular with joggers, cyclists and pedestrians.

It's not yet clear how extensive the damage is to the bridge.

Lake Shore Boulevard has been closed between Ontario and Newfoundland drives as crews attend to the damaged bridge.