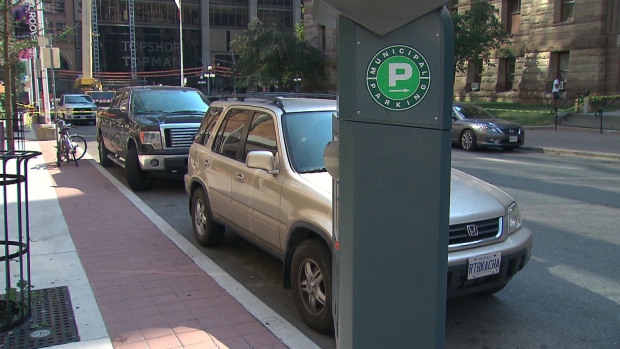 Toronto Parking Authority workers remain without a new contact and there is now less than two weeks to go until a possible work stoppage.

CUPE Local 416, which represents the workers, said in a news release on Monday that the union has made a “reasonable” offer to the city but has not yet received a response despite giving them “ample time” do so.

It says that the “unnecessary delays” are particularly concerning given the fact that the workers will be in a legal strike position and the city a legal lockout position as of 12:10 a.m. on Oct. 16, following the issuing of a “no board report” by the Ministry of Labour.

“Members are looking for fairness and respect—our proposals at the bargaining table are modest, reasonable, and in line with previous contracts negotiated between the local and the city,” CUPE Local 416 President Eddie Mariconda said in the release.

It says that the “short-term revenue shortfalls caused by the pandemic shouldn’t be permanently downloaded onto loyal workers” and that the city should instead “utilize parking services more effectively to maximize revenues.”

City staff, however, say that the Toronto Parking Authority is expected to face a $7.3 million shortfall by the end of the year “due to unfavourable revenue driven by decreased transaction volume trends in off-street and on-street parking resulting from COVID-19.”

This comes on the heels of revenue coming in tens of millions of dollars lower than expected in 2020 due to the pandemic.

Back in July CUPE Local 416 members voted in favour of strike action if necessary.