An organization representing low and middle-income tenants in Toronto is urging the city to beef up its licensing and enforcement efforts concerning large apartment buildings, arguing that some landlords don’t do enough to maintain their properties.

The Association of Community Organizations for Reform Now conducted an informal survey of 174 residents of rental housing and found that the vast majority (165) said they live with a problem in their unit that violates the municipal property standards bylaw.

More than two-thirds said they identified needed repairs in their unit on the first day they moved in and told ACORN they have trouble getting their landlords to complete basic repairs, the survey says.

Major issues identified included peeling paint, regular presence of cockroaches and cracks or holes in the walls or ceiling. Thirty per cent of respondents to the survey said they had bedbugs in their unit at some point in the last two years.

When it comes to tenants asking landlords or their staff to conduct repairs, 29 per cent of respondents to the ACORN survey said they felt threatened when asking for a repair to be made.

Angela Toussaint told CTV News Toronto that she has been asking the superintendent of her apartment building to perform repairs to her kitchen cupboards, the wood floor in her living room and her bathroom, but nobody ever shows up.

“I told them recently that I was going to take my own action (about the floor), and the receptionist told me ‘you do what you have to do’,” Toussaint said.

“If I have to be paying rent which has been increasing every year, I’m supposed to live comfortable.”

She said that when guests come to visit, she hides the damage to the wood tiles on her floor with a chair.

She said that at any given time, no more than two of her building’s five elevator shafts are in service.

The current multi-residential apartment buildings audit program targets buildings based on the number of complaints received from tenants.

Statistics published by the city indicated between one and five audits are conducted each year in each of the city’s 44 wards.

In October 2016, the city conducted 10 audits of apartment building across all wards.

When asked about the city’s existing audit system, 31 per cent of respondents said they were not aware such a system existed.

Instead of the current regime, ACORN says it wants a full landlord licensing system, where buildings larger than three floors or ten units would pay a small per-unit fee to cover the cost of a larger complement of city inspectors.

The inspectors would be able to conduct annual inspections of each large apartment building in the city, and would have the authority to levy “large financial punishments” for landlords who violate municipal property standards. 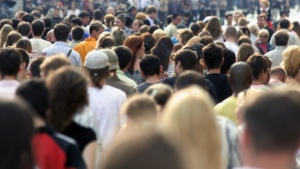 Apartments and condos are seen in Toronto, Ont., on April 24, 2016. THE CANADIAN PRESS IMAGES/Lars Hagberg