Student who drowned at U of T Survey Camp couldn't swim, uncle says 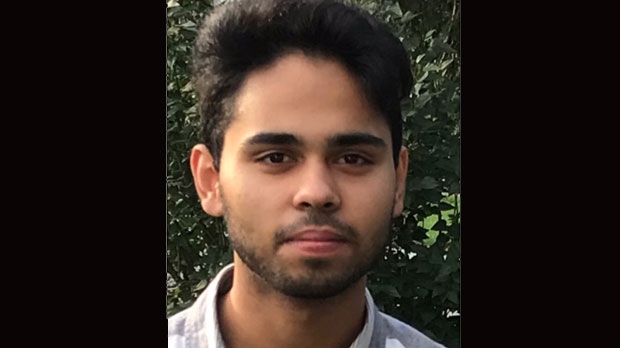 Anand Baiju, 18, is seen in this submitted photo.

The family of an engineering student who drowned at a University of Toronto Survey Camp near Haliburton on Tuesday say they don’t know why the 18-year-old would have been in the water given that he did not know how to swim.

The victim, identified by family as Anand Baiju, was with about 25 to 30 other U of T students and faculty members at a camp on Gull Lake, near Minden, when the incident occurred.

Police said it appears he was in the water with a group of other students when he got separated, slipped under the water, and did not resurface.

When emergency personnel arrived on scene, Baiju had already been located and removed from the water.

Life-saving efforts were undertaken but were not successful and the victim was pronounced dead in hospital a short time later.

Manoj Radhamni, Baiju’s uncle, told CTV News Toronto that his nephew was an outstanding student in his second year of the civil engineering program.

“The family is totally devastated. We are trying to recoup things but still it is very hard,” he said.

Radhamni said Baiju did not know how to swim and his family doesn’t know what he would have been doing in the water.

“The faculty was there. The students of the university (were) there. We want to know what happened from them,” he said.

In a statement released by U of T on Wednesday, Cristina Amon, the dean of the Faculty of Applied Science & Engineering, said the group was taking part in an engineering course at the time.

Programs at the camp, which was purchased by the university to teach engineering students about land surveying, integrated water system and geology, have been cancelled this week and students have been sent home.

“Today, our attention must be with those affected by this terrible tragedy,” Amon said in her written statement.

“The thoughts of our entire community are with the family and friends of the student who died.”

An investigation into Baiju’s death has been launched, police said, and post-mortem exam will be performed.