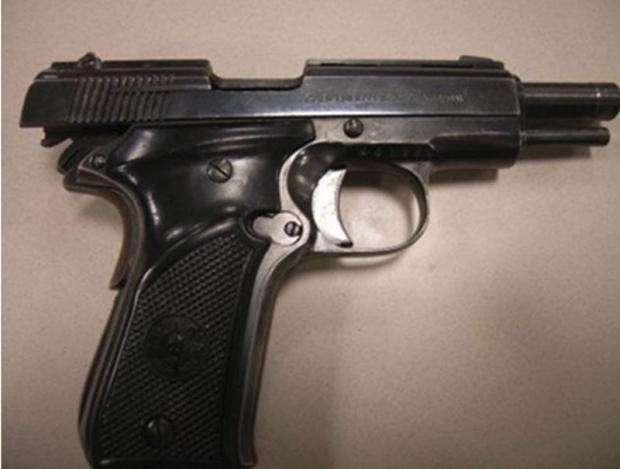 Police say a number of firearms, including the one pictured above, were seized following an investigation into a shooting near Windermere Avenue and Dundas Street West. (Toronto police handout)

Toronto police say an 18-year-old man is facing dozens of charges after allegedly shooting at a home in the city’s west end last week.

According to police, on Oct. 27, a masked man fired at a home in the Windermere Avenue and Dundas Street West area using a .22 calibre handgun.

At the time of the shooting, police say there were five people inside the residence.

On Oct. 28, investigators say a suspect was arrested in connection with the shooting and was allegedly in possession of the mask and handgun used during the incident. A search warrant was later executed at a home where police found three more weapons, ammunition and illegal drugs.

Toronto resident Kwasi Kobia, 18, has been charged with a total of 36 charges in connection with the case including attempted murder, uttering threats, careless use of a firearm, and unauthorized possession of a firearm.