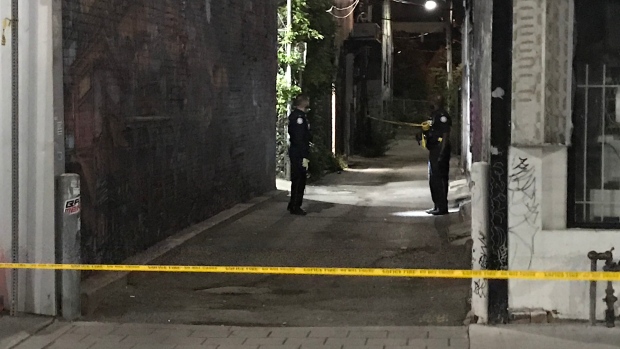 One suspect is in custody after a cab driver was injured in an assault near College Street and Spadina Avenue. (Mike Nguyen/ CP24)

One suspect is in custody after a cab driver was stabbed in the city’s downtown core early Thursday morning.

The incident occurred in the area of College Street and Spadina Avenue at around 2:30 a.m.

Police say a cab driver and a customer got into a dispute and a knife was pulled.

The driver was stabbed in the back during the incident and the passenger fled the area.

Police say the suspect was arrested by officers not far from the scene.

The taxi driver was transported to hospital for treatment and his injuries are not believed to be life-threatening.

Police say the investigation is ongoing and charges are pending.