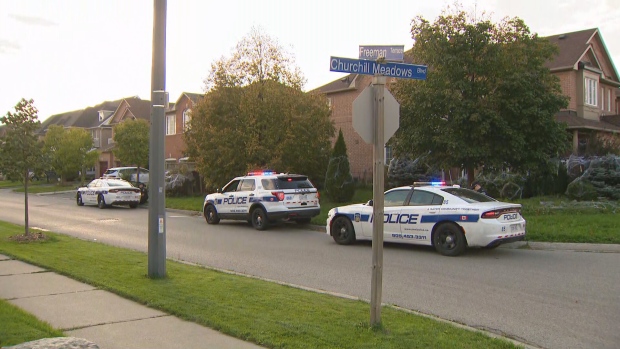 Peel police are investigating a stabbing in Mississauga.

Peel police have arrested a suspect after a stabbing in Mississauga Wednesday afternoon left one man injured.

It happened in the area of Churchill Meadows Boulevard and Freeman Terrace, near Britannia Road West and Ninth Line, around 4 p.m.

Peel paramedics say a man was taken to a trauma centre with serious but non-life-threatening injuries.

The suspect, a male youth, fled the area but was later located by officers and taken into custody, police say.

The victim and the suspect are known to each other, police say, but they did not further elaborate on their relationship.