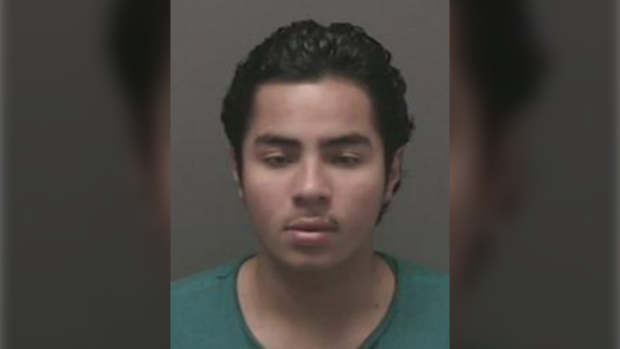 Yorcaef Rodriguez-Martinez, 23, of Newmarket is pictured in this image released by York Regional Police Thursday, May 26, 2022. (Handout/ YRP)

York Regional Police say a suspect has been charged in connection with the violent sexual assault of a senior citizen at her Newmarket home.

Police said the incident occurred shortly before 4:30 p.m. on May 25.

A 74-year-old woman was in her garage when a stranger allegedly walked in and exposed himself.

The suspect then violently attacked the woman and sexually assaulted her, police said.

She was transported to hospital with serious injuries.

In a news release Thursday, police said that they were able to quickly identify and arrest a suspect.

Police said 23-year-old Yorcaef Rodriguez-Martinez of Newmarket has been charged with sexual assault causing bodily harm, overcoming resistance in commission of an offence, unlawfully in a dwelling house, and two counts of failing to comply with a probation order.

Investigators are urging anyone with information or any other possible victims to come forward.