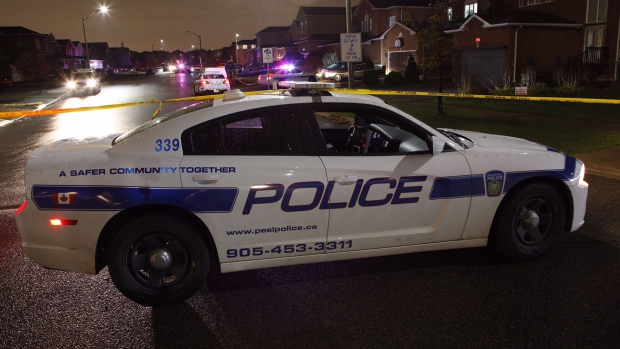 A Peel police cruiser is seen in this undated file photograph. (CP24/Tom Podolec)

Police in Peel Region have laid charges after a suspect allegedly broke into a Brampton girl’s home and sexually assaulted her.

Police said the 13-year-old victim was at her home in the area of Williams Parkway and Creditview Road.

According to police, the suspect entered the home and sexually assaulted the victim.

Police announced Sunday that a suspect has been arrested.

Marcus Owens, 19, has been charged with break-and-enter, sexual assault and sexual interference.

He is scheduled to make a court appearance on Jan. 21.