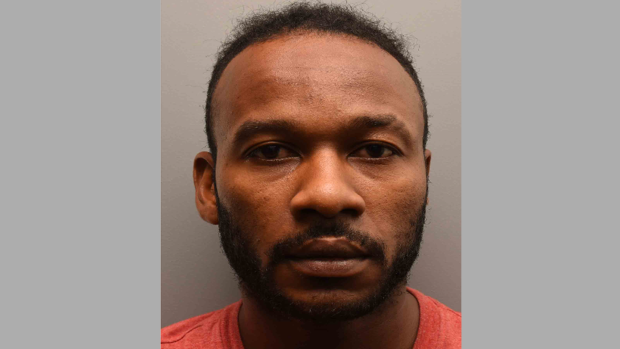 Peel Regional Police have laid charges against a suspect in connection with an alleged gunpoint sex assault on a teen in Mississauga.

The alleged incident occurred on July 29 at around 7 p.m. in the area of Hurontario Street and Elia Avenue.

According to police, the victim was walking in the parking lot of an area plaza when a man drove by and attempted to solicit her. Police said the man then brandished a gun and demanded that the teen get into his vehicle.

According to police the suspect drove the young woman a short distance away and then sexually assaulted her.

Investigators were able to quickly identify a suspect and an arrest was made on Thursday, Peel police said.

Police said Friday that 34-year-old Alpha McLeod of Oakville has been charged with sexual assault with a weapon, forcible confinement, possession of a weapon for dangerous purpose, and uttering a threat to cause death or bodily harm.

He was held for a bail hearing and made a court appearance in Brampton on Friday.

Investigators said they believe the same suspect may be responsible for similar occurrences across the GTA.

Anyone with information is being asked to contact investigators or call Crime Stoppers.