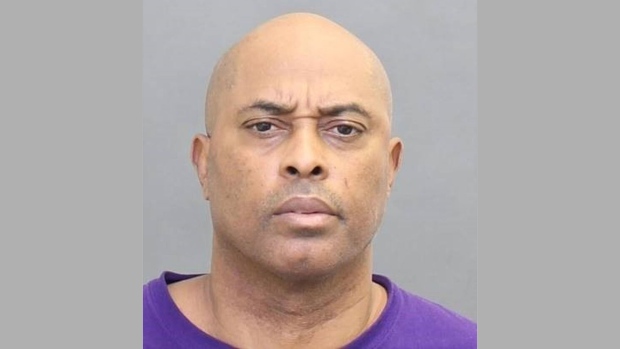 Paul Noel is pictured in this photo distributed by Toronto police.

Toronto police have laid charges following an alleged sex assault against a young woman in her Regent Park apartment.

A 25-year-old woman was in her apartment near River and Oak streets on March 23 when a man came over to visit, police said.

According to police, the man locked the apartment door and sexually assaulted the woman after she declined a proposition to have sex.

The suspect gave the woman money before he left and told her not to tell anyone what had happened, police said.

A suspect was arrested in connection with the case on April 23.

Paul Noel, 57, of Toronto, has been charged with forcible confinement and sexual assault.

Police have released his photo and said they are concerned that there may be more victims.

They are asking anyone with further information to contact investigators.