Suspect dropped gun outside nightclub in front of officers, attempted to run away 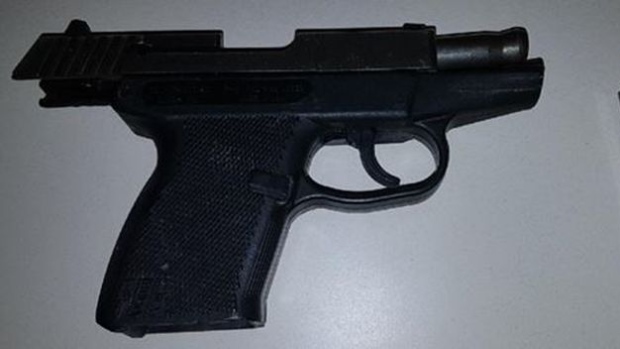 A gun that was seized from a suspect near Bathurst and King streets on Jan. 1 is shown. (Toronto Police Service)

A 27-year-old man is facing charges after he allegedly dropped a loaded firearm on the ground outside a downtown nightclub on New Year’s Day and then quickly picked it up and ran away from officers who happened to be in the area and spotted the gun.

Police say that they had responded to a call for an assault near Bathurst Street and King Street at around 3 a.m. when they observed the suspect leaving a nightclub.

It is alleged that the suspect dropped a firearm onto the ground then quickly picked it up and began running away. Police, in turn, began pursuing the man on foot, eventually catching up with him nearby. At that point police say that a brief struggle ensued, during which time the suspect attempted to conceal the firearm on his body.

Police say the loaded Kel-Tec 9mm Luger pistol was ultimately seized and the suspect was placed under arrest.