Suspect images released after feces poured on people inside libraries at York, U of T

Toronto police have released suspect images from one of two incidents in which “liquefied fecal matter” was allegedly poured onto victims on university campuses in the city.

Police said Monday that they are investigating two separate reports of feces being thrown at people inside libraries on Toronto university campuses.

The first incident reportedly occurred at the University of Toronto’s Robarts Library on Nov. 22.

One student, who told CP24 she was in the library at the time, said a man appeared out of nowhere with a bucket that smelled of urine and feces.

She said the man walked over to a male who was seated at a table and dumped the bucket over his head.

“It didn’t smell at first and then all of a sudden, the smell hit,” the witness said. “I thought I was going to like faint or like cry… Me and my friends just packed up our stuff and ran out of the room."

She noted that she “will never forget that smell.” 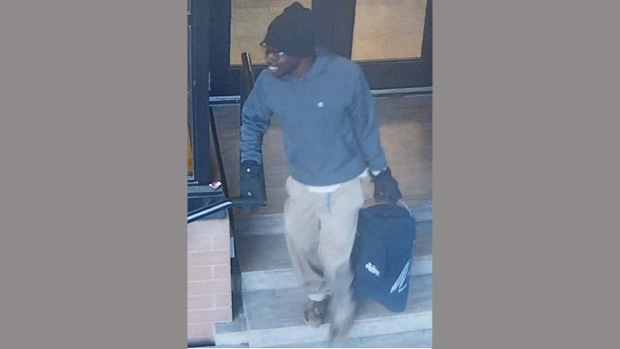 Officials say the second incident took place at a library on York University’s campus on Sunday.

Surveillance camera images from the York University incident released by police Monday evening show a suspect described as being in his 20s, with a medium build. He was wearing a black hat, blue sweater, light-coloured pants and thick black gloves. 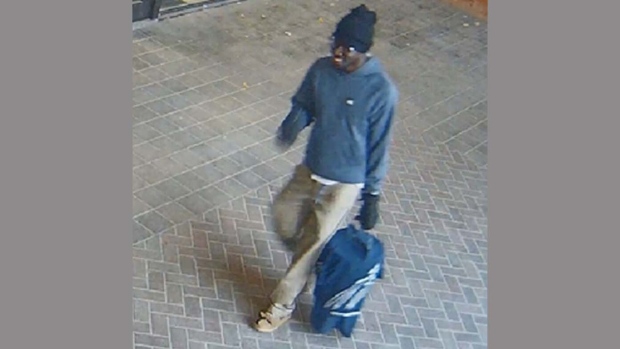 In the photo, the suspect appears to be carrying some sort of a bucket with a handle.

In a statement released Monday, York University spokesperson Yanni Dagonas said the assault occurred at around 5 p.m. inside the Scott Library.

Dagonas said an unknown male entered the library and "deposited a substance, suspected of containing fecal matter on a student." 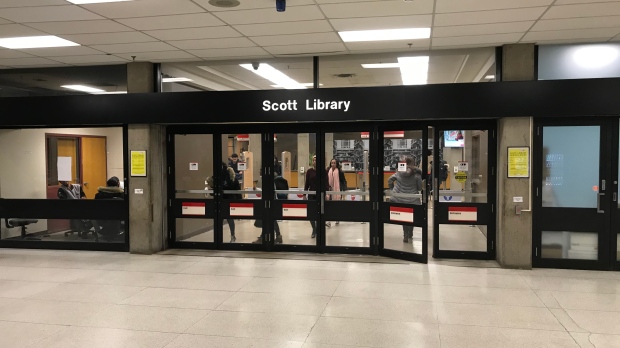 "York University Security Services responded to the incident. We have reached out to the victim of the assault to offer support. We are also investigating the incident and working with Toronto Police Service," the statement concluded.

A police spokesperson told CP24 that officers assigned to the cases will likely work together given that the incidents are similar in nature.