Suspect in 2010 Scarborough homicide located in Malaysia, returned to Toronto 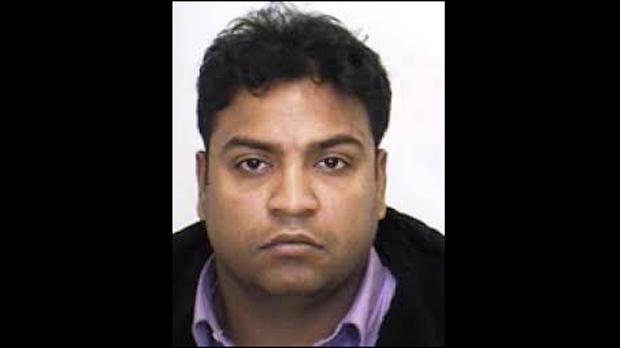 Seran Kasilingam, 28, is shown in a handout photo. (RCMP)

A suspect in a 2010 vehicular homicide that occurred in Scarborough six years ago was recently located in Malaysia and has been brought back to Toronto to face a second-degree murder charge.

Investigators allege he was deliberately struck and killed by a man driving a car.

A post-mortem investigation found Dharmaratnam died as a result of blunt head trauma and injuries to the torso.

A warrant was issued for a suspect identified as Seran Kasilingam, 28. He was wanted for second-degree murder. It was believed at the time that he fled Canada.

A video appeal for witnesses was released to the public in Feb. 2016.

On Aug. 26, authorities located the suspect in Kuala Lampur, Malaysia. RCMP and Canada Border Services agents made arrangements to return him to Toronto.

On Thursday, Kasilingnam was arrested at Pearson International Airport without incident.

He was expected to appear in court in Scarborough on Friday morning.