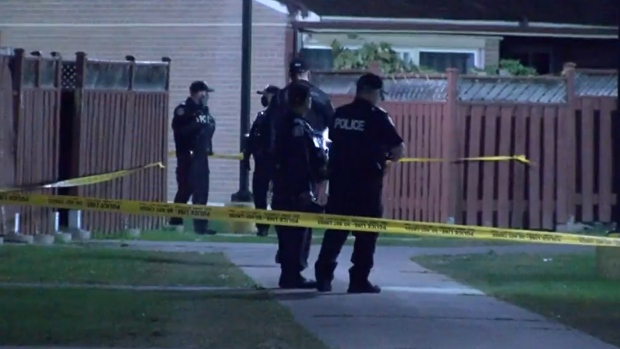 Police are seen in Etobicoke after a man was stabbed to death. (CP24)

Toronto police have arrested a suspect wanted in connection with a deadly stabbing in Etobicoke last month.

Police say shortly before midnight on Sept. 29 officers were called to the area of John Garland Boulevard and Martin Grove Road for reports of a stabbing in the area.

When officers arrived, they found a man, later identified as 26-year-old Etobicoke resident Khalid Jama, suffering from stab wounds. He was rushed to hospital but later died.

On Wednesday, Toronto police confirmed that 26-year-old Salah Abukar, of Toronto, is now is police custody and faces one count of first-degree murder.

He is scheduled to appear in court today via videolink.

Police are asking anyone with additional information about the case to contact homicide detectives.