Suspect in fatal shooting outside downtown hotel surrenders to police 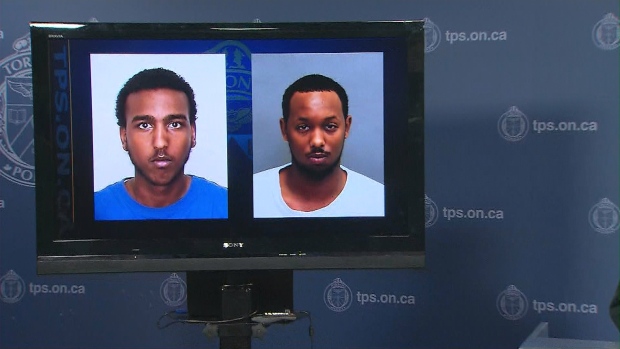 A 25-year-old man that was wanted on a Canada-wide warrant in connection with a fatal shooting in front of a downtown hotel earlier this month has surrendered to police.

Mohamud Abdiwal Dirie turned himself in to authorities at 23 Division at around 1 a.m., hours after police held a news conference to identify him as a suspect in the murder of Kabil Abdulkhadir.

Abdulkhadir, 27, was with several friends when he was gunned down in front of the Marriott hotel on Bay Street south of Dundas Street in the early morning hours of Aug. 9.

At a news conference held on Friday, police said that Abdulkhadir was shot as a result of a “pre-existing dispute”he had with Dirie.

Dirie, who is charged with first-degree murder in the case, appeared in court at Old City Hall this morning and was remanded into custody until his next appearance on Sept. 2.

A second man, 20-year-old Abdullahi Alifarah, is also facing a charge of accessory after the fact to murder in connection with the case.

Meanwhile, police continue to look for a third man who allegedly shot at Dirie's getaway car as he fled the scene.