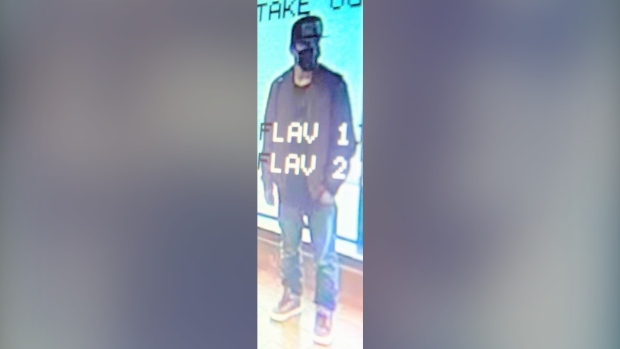 Police are searching for this man who allegedly sexually assaulted a teenager in an elevator in North York. (Toronto Police Service)

Toronto police have released the image of a suspect wanted in connection with the sexual assault of a teenage girl in North York.

Police said it happened just before 3 p.m. on Oct. 13 in a building in the Finch Avenue West and Bathurst Street area.

A man allegedly sexually assaulted a 16-year-old girl in an elevator, police said.

The suspect is described as between 20 and 30 years old with a thin build. Police said he was wearing a black baseball hat, a red jacket and blue jeans.